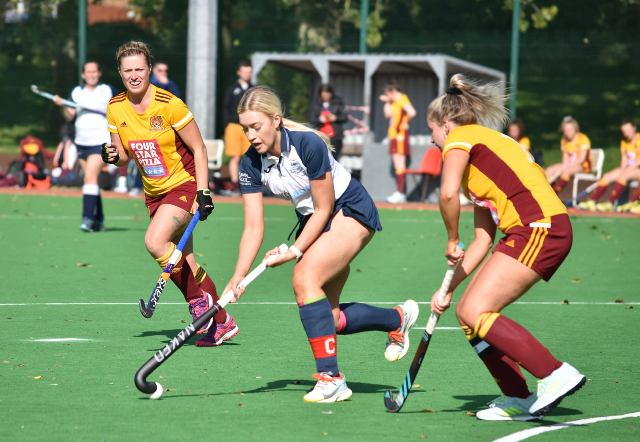 North Down ladies first eleven’s Senior League campaign kicked off at Comber last Saturday afternoon and pre-match nerves were high amongst the team as they welcomed Mossley who had been relegated from last year’s Premier League.

North Down started off the better side dominating the first quarter with several circle entries to no avail. Throughout the first half North Down won a number of penalty corners which Mossley defended well and the game reached half time scoreless.

It continued in the same vein into the second half with both teams drawing blanks in the third quarter and despite several opportunities for North Down the game was still square at 0-0.  Finally in the last quarter there was a breakthrough when Burrows broke into the circle beat several defenders and passed across the front of goal for Sophie Hoey to finish into the net. During the last 10 minutes North Down managed to hold onto their advantage despite receiving a controversial card during the period and win the match 1-0.

This was a very important victory and a great three points to start off the season.

Burch Autos Player of the Match was Natalie Wallace.