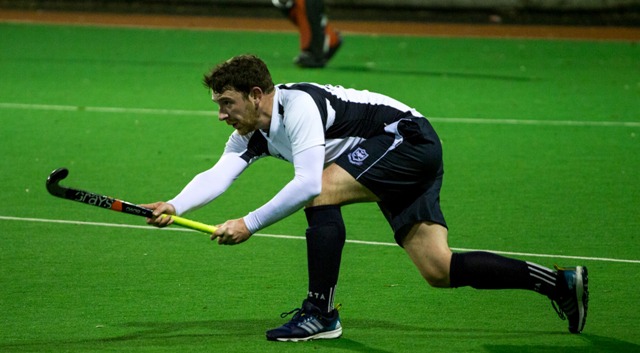 North Down seconds started their Junior One League campaign last Friday night with a 3-3 draw with Lisnagarvey 3rds at Comber Leisure Centre.

It was a tightly contested affair with North Down finding themselves leading 3-2 at the end of the third quarter courtesy of goals from Gareth McKeown, the departing Tom Myles and Jonny Moore.

Given the ebb and flow of the game at that point, it was unlikely to finish 3-2 and both teams started the fourth quarter knowing that the next goal was going to be crucial. Unfortunately for North Down the sixth goal of the contest fell to Lisnagarvey courtesy of a deflected drag flick that left keeper Reece Glover helpless. With only a few minutes left on the clock neither team were able to find the winning goal and had to settle for a point each.

Junior One is as tough a league as any in Ulster hockey and whilst the seconds didn’t get the win they probably deserved this was a positive start to the season.  Some new players are really starting to find their feet within the team and hopes are high for a good season ahead!

Burch Autos Man of the Match was Andrew McGimpsey