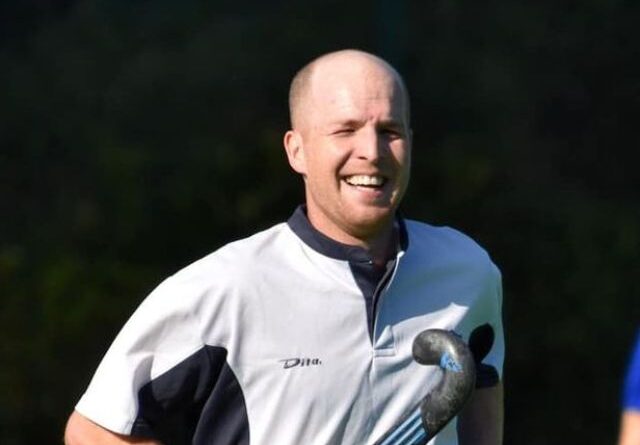 North Down thirds started their Junior Two League campaign in Comber last Saturday hosting Portadown seconds and looking to build on last year’s strong finish and go one further with the objective of promotion to the top Junior League.

The squad looked strong on paper with the Comber club in their 125th Anniversary season bolstered by a number of new and returning players. The return of Gareth Bailie in particular after a five year stint in the USA whet the appetite of the spectators and he didn’t take long to open the scoring, striking past the keeper in the 8th minute after his initial attempt was well saved. He then doubled his tally 5 minutes later picking the ball up wide on the touchline and dribbling into the area and finishing from close range. Home team pressure was relentless and a short corner was converted with a strong deflected shot courtesy of Mark Shannon on 20 minutes.

It wasn’t all one way traffic though and, after Sam Martin made three excellent saves, Portadown got their breakthrough with a well finished strike after some loose marking to make it 3-1. On 26 minutes Chris Drysdale delivered a scintillating cross to the back post where Shannon neatly finished to make it 4-1. Drysdale then got his own piece of the action when he slotted home after Tom Donnan struck the post. Bailie then swept into the roof of the net to complete his hattrick followed by his 4th of the day, his 150th for North Down, with a reverse to make it a staggering 7-1 at half time.

Into the second half, given the prolificacy which had gone before, there was a quiet 10 minutes spell until it took a visionary ball by Dan McNulty to put Andrew Welsh

through one on one with the keeper.  The youngster made no mistake to make it 8-1.  Portadown to their credit kept chipping away and a long ball found their striker in the area who finished into top corner. North Down reacted well and immediately returned fire when Drysdale set up a one two pass and finished into the corner before then limping off with cramp. Portadown pulled another one back at the death to finish the scoring at an amazing 9-3 and round off an entertaining afternoon.

Burch Autos Man of the Match was Chris Drysdale.