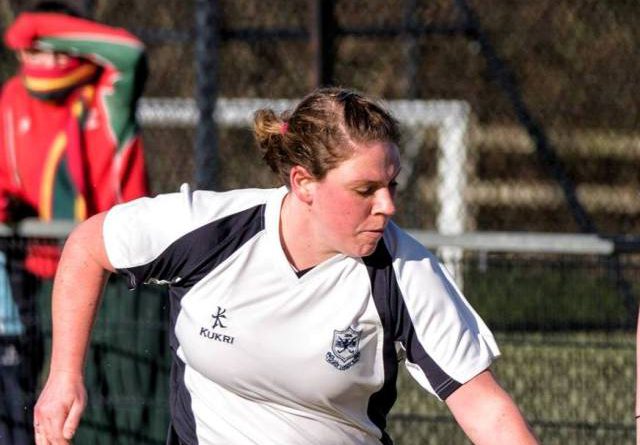 The match began with a timorous approach from North Down and Rainey were able to open the score in the first few minutes which did not bode well for the hosts. However, the home side summoned up that true grit North Down spirit and Camy Chandler who was in excellent form managed to score against North Down’s former first eleven goalkeeper Trish Neill. Minutes later right midfielder Laura Murray found the back of the net from the top of the circle to put the fifths ahead and make the half time score 2-1.

North Down were determined to maintain their lead and with the unusual situation of having a squad of 14 players were able to use this to their advantage, thwarting any attempts Rainey made to level the score. Emma Johnston stood out at left back and Ellis at centre back found extra energy from somewhere to continually sprint back and tackle.  Katie Nelson looked extremely confident on the ball and the midfield, particularly left mid Tara Dixon, broke down any of Rainey’s moves. This fantastic effort from everyone was eventually rewarded when Hilary West, hungry to get her name on goalscorer of the year trophy again, slipped the ball around Trish Neill to make it 3-1 and complete the scoring.

Player of the Match: Camy Chandler