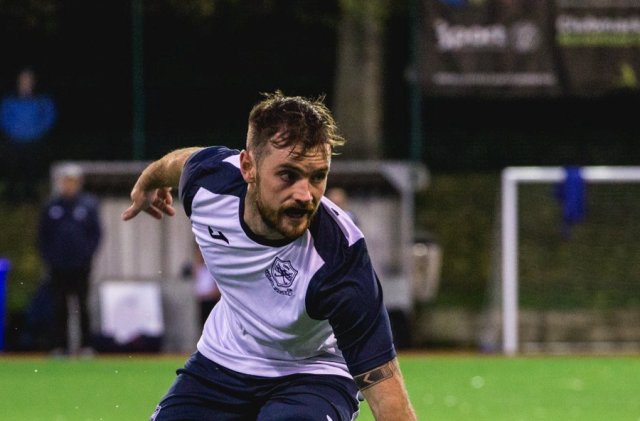 North Down entertained Portadown in the quarter final of the Irish Trophy and in a hard fought game emerged winners by 4-2.

North Down opened at a furious pace and put the Portadown circle under early pressure.  It was keeper Knipe who kept his side in it with a series of superb saves from the eager home forwards.  Jonny Moore eventually got the important first goal shooting home past a wrong footed Knipe and in so doing joined North Down’s exclusive ‘50 goal Club’.  Portadown exerted their own pressure winning a series of corners but their routine let them down.  North Down went two up midway through the half when James Clark weaved his way through the defence and scored with a reverse shot.  Despite both sides winning corners neither was able to convert and the scoreline remained 2-0 at the break.

The second half saw more fast flowing hockey with the home side looking most likely to score from open play.  Moore chased a loose ball and was taken out at the edge of the circle by the helpless keeper but Josh Gilmore’s effort from the penalty spot was saved by the keeper.  Midway through the half, North Down were awarded another penalty for a stick tackle in the circle. This time, Gareth McKeown stepped up and scored with a strong flick.  To their credit Portadown kept going forward and reduced the arrears minutes later. The defence failed to clear and Darren Rodgers had no chance from close range. It took only two minutes for North Down to restore their three goal advantage.  Moore received a pass from McKeown and made ground on the right before squaring for Gilmore to score past Knipe. Mark Shannon had a great chance to make it five in the closing minutes but the burly striker left his ballet shoes at home and fell on his face with the goal at his mercy.  In the last seconds of the game Portadown  won a corner and having evaded the first runner scored with a strong shot from mid circle leaving the final score 4-2.

North Down are joined by Civil Service, Waterford and Rathgar in the semi finals and will be hoping for another home draw.