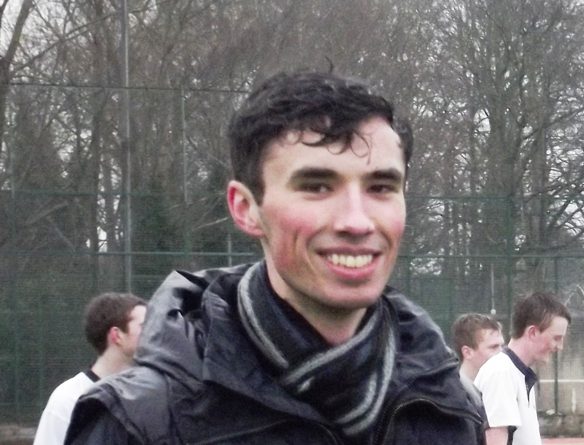 An enthusiastic travelling North Down fifth eleven made a Friday night trip to face a suspiciously strong Portrush seconds team in Junior Five.

A tough fought first half ended nil each with both sides manufacturing good chances to open the scoring.  A tactical change at half time to man mark the best player ever to play Junior Five hockey in human history paid off as the fifths managed to take the lead, albeit against the run of play.
A quick break away from defence was finished with aplomb from Angus Johnston, a reverse stick stinger rippling the Portrush net despite Matt Jordan’s best efforts.

Portrush pushed for the equaliser and sure enough it came through their star centre midfielder breaking through the visitors’ defence.  North Down were on the ropes and despite some excellent defending the Portrush forwards and said player were getting through more regularly for shots on goal again and again. Step forward Chris McSherry who made a number of excellent saves, in particular one reflex save from only a couple of yards out.

Sure enough Portrush took a 2-1 lead from a basic but well executed short corner. ND5s looked all but dead and buried but with only 5 minutes left on the clock Peter Shields lead from the front, drove into the Portrush circle, and placed a shot past the fully stretched Matt Jordan only to crack the post. Luckily it fell to Greg Bell who calmly slammed it beneath the agile Portrush goaltender. The final few minutes played out with no further clear cut chances, finishing in a satisfying 2-2 result.

Every single one of the North Down players can hold their heads high, having shown great perseverance and heart against a very strong Portrush team. Special mention to two young defenders who performed superbly, Rhys Barratt and Cameron Alexander.

Man of the Match: Chris McSherry