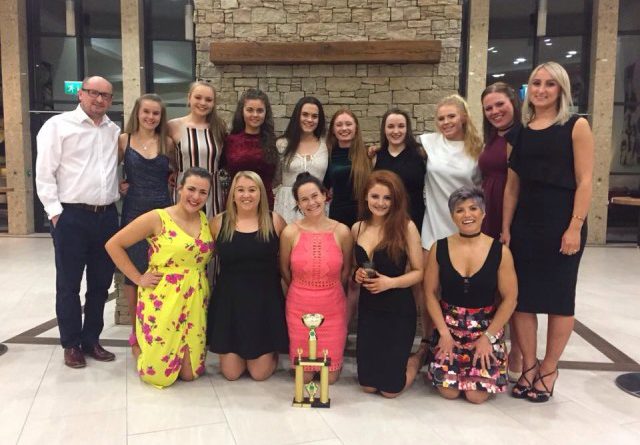 On a glorious Saturday afternoon North Down seconds entertained the Bangor first eleven in the semi final of the Intermediate Plate.

With Bangor in Senior 3 this promised to be a competitive match. From the start it was evident that North Down were going to take the match to Bangor.  Julie Fisher up front was key in creating many chances for the home side but these were kept out by an in form Bangor keeper. The short corner tally was too many to count and at half time it was hard to believe the score was still 0-0.

A half time team talk with the focus on again driving forward and applying pressure in the circle lead to North Down again taking the initiative in the second half but to no avail. As the half wore on Bangor on the counter attack created some chances and North Down did well to snuff these out.

As in the previous rounds the penalty shootout approached and so it came to pass. With Helena Press excellent in goals and shutting out the Bangor attempts, successful penalty goals from Laura Campbell and Laura Murray were enough to secure North Down’s passage to the final.

Congratulations must also go to Bangor who contributed to an excellent match.

This was a fantastic result and was typical of the girls approach to the season where effort, skill and 100% commitment to the cause has been a trait running through this squad. The squad of 15 lead by Karen Moore all played their part in this magnificent effort.

Special thanks to Amy Jones for umpiring and the passionate home support.

Roll on the final!