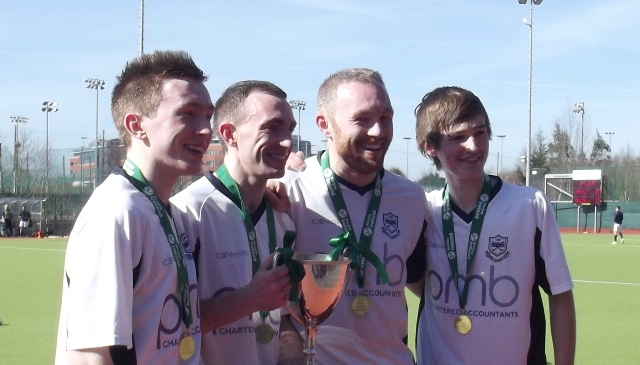 North Down travelled to Cliftonville on Wednesday evening keen to get back to winning ways following their disappointing result at Newry last Saturday – see report below.

With Morris and Moore returning, North Down had much more purpose to their play and totally dominated the game.  They played fast flowing hockey which allowed them to keep Cliftonville on the defensive for long periods.  A cross from Linter was deflected home by Shannon to put the visitors one up.  Shannon then turned provider when he crossed for McKeown to shoot home.  Morris completed the scoring in the first period when he hammered home a variation at a short corner for his first goal for North Down and make it 3-0.

The second half followed a similar pattern with Jamie McAuley in goals a virtual spectator.  Gilmore scored number four when he pounced on a rebound following a short corner. The best was saved to the last when Boyd played a super ball to Linter and he outpaced the defence before crossing for Orr to score.  In the final minute Cliftonville won their first corner of the game and their attempt on goal was kept out of the net by Linter’s foot.  McAuley ensured that North Down kept a clean sheet when he saved the resultant penalty.  (I hope all you Linters know who did what! – Ed)

North Down complete their league programme when they travel next Wednesday to play NICS at Stormont at 8.00 pm.

PMB Man of the Match:  Linter

North Down without McKibbin, Wilson, Morris and Moore give their worst performance of the season going down 3-1 at Newry.

No official umpires were available for the game and each side was tasked with getting someone to take the whistle.  Aaron Saunders volunteered for North Down and Newry had theirs.  Both performed admirably but the fact that the game did not get underway until 2.45 upset North Down’s preparations and they failed to get any momentum to their game.

Newry thoroughly deserved their victory and took a deserved lead when they scored from a short corner after 20 minutes.  They increased their lead early in the second period when a variation at a corner bemused the North Down defence and the Newry winger had the simple task of flicking past Rodgers.  North Down’s first real attack on goal saw Gilmore flash a reverse narrowly past the post.  Newry put the result out of North Down’s reach when they repeated the routine at another corner.  McKeown reduced the arrears when he converted a corner with 10 minutes remaining but it was too little too late.

PMB Man of the Match:  Linter.