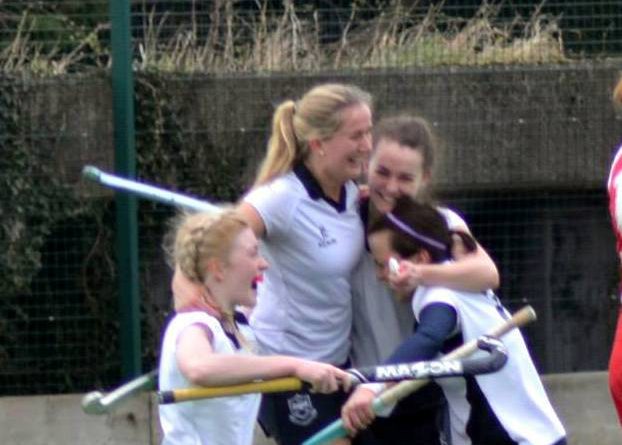 On Saturday North Down ladies travelled to Lurgan to take on a home side still in contention to win the Premier League.

With freezing temperatures and a biting wind, conditions were difficult but both teams quickly settled into their patterns with Lurgan pressing and North Down defending resolutely and looking to create chances on the break. North Down limited Lurgan to few chances and, when they did, keeper Trish Neill was in good form comfortably saving any shots. After twenty minutes Lurgan played a ball into the circle and claimed a touch of a forward. The goal was disallowed and a long corner given, but the distraction of the appeal for a goal meant North Down had not refocused and Lurgan scored with a reverse hit from the resulting long corner.

The second half continued with the same pattern as the first with Lurgan dominating territory and possession and North Down happy to soak up the pressure and take opportunities on the break. Again relatively few chances were created with North Down keeping play outside the circle. After fifteen minutes Lurgan scored their second to give themselves a comfortable cushion.  North Down then played their best hockey, in worsening conditions, as they began to cope with the Lurgan press and created opportunities to move the ball up the pitch whilst maintaining possession. However they could not create any clear cut chances and the game finished 2-0 to Lurgan.