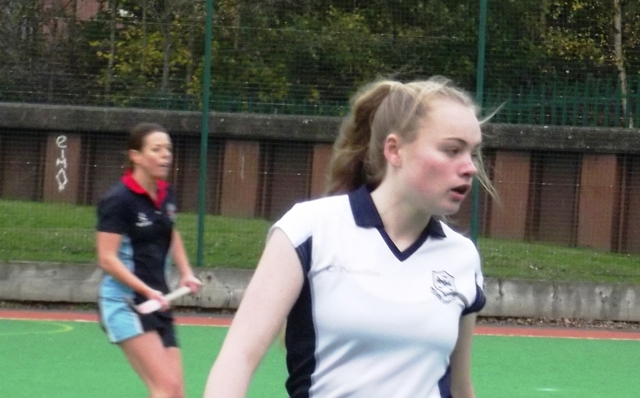 On Saturday North Down ladies seconds travelled to Omagh 2nds for the quarter final of the Intermediate Plate courtesy of an away win on penalties over Banbridge seconds three weeks ago.

The away side were slow to start showing the effects of their travel. Omagh were first to every ball, taking frees quickly and catching the visitors on the back foot. The home side managed to take a 1-0 lead to take the teams to half time.

The second half began much brighter for the Comber ladies and, working hard, managed to win their first short corner of the second half. With a straight strike from Anna Crooks being well saved by the keeper, Lauren Spence was on hand for the rebound and brought the game to a 1-1 draw. The game played out as an end to end cup tie with both teams looking for the winning goal but time ran out resulting in penalty runs.

North Down elected to go first but with both keepers worked fantastically by the end of the 5 runs each the teams were again tied at 1-1 with Laura Murray scoring the only one for North Down. So, on to sudden death runs.   The first two runs were both saved by the keepers. On the second sudden death run Helena Press made an incredible save to give North Down yet another chance to take the win. This time Laura Campbell made up for her last one which was saved and hammered the ball off the backboard putting the ladies seconds into the semi-final at home against Bangor 1st XI on 24 March.