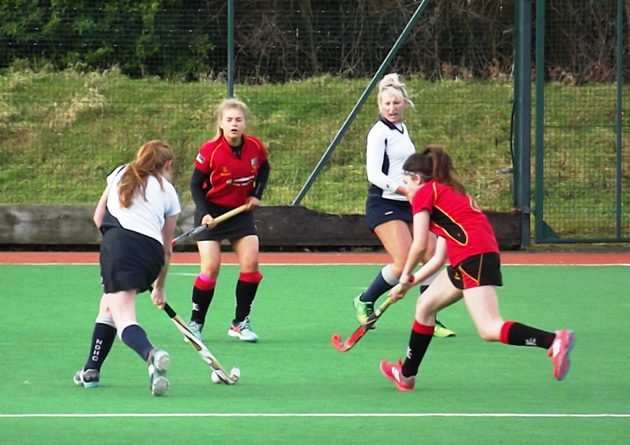 Last Saturday, the ladies seconds hosted Banbridge seconds in a re-arranged league fixture. The Comber girls knew that it had been a number of weeks since the Banbridge side had played a match and were keen to build on a good win the previous week. The young North Down side were keen to start the match hard and get on the front foot by applying pressure on the Banbridge side.

The girls worked hard and were dominating the first half for the most part. Great passing play from the backs found right mid Laura Murray who made a great run with the ball to the back line and fired home from a tight angle to give the home side a 1-0 lead. The Banbridge side were quick on the attack and the North Down girls had to work hard to get back to stop quick breakaway plays. Keeper Helena Press controlled play in the circle well, thwarting any Banbridge chances and keeping the score 1-0 at the end of the first half.

The second half started with the home side wanting to keep up the pressure against the Banbridge side who came out eager to get on the score sheet. The play swung from end to end but a great team effort saw the North Down side pushing to get more out of the game. A break came when right wing Sarah Moorcroft made a great run and got a shot on goal. This initial shot was saved by the Banbridge keeper but Laura Murray picked up the re-bound and slotted home to get her second goal of the game. The rest of the half saw the North Down girls working hard to maintain their lead with the Banbridge girls trying to get at least a point out of the game. At the final whistle, North Down won 2-0 in a well fought game and team performance from all involved.