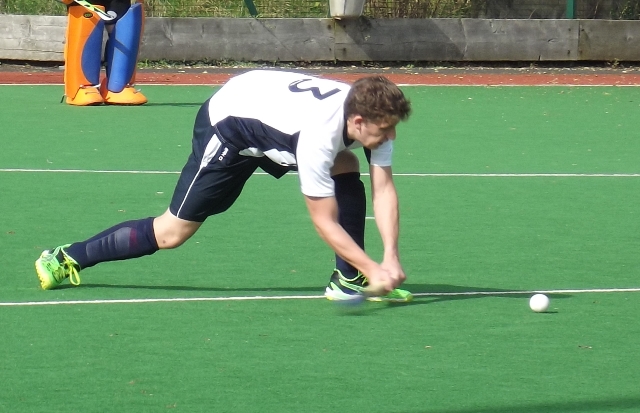 North Down travelled to Kilkeel on Friday evening to play Kirk Cup holders Kilkeel in the Premier League without several regulars due to either injury or family or work commitments.

North Down settled quickly but were unfortunate after 4 minutes when Templeton slipped and lost possession.  Kilkeel broke quickly into the circle and accurate passing allowed them to take the lead.  Before North Down had time to regroup they were two down. The ball was played along the byline and when the attempted clearance fell to an attacker at the top of the circle he gave Coates no chance with his first time effort.  North Down had their moments and the Kilkeel goal had a number of near escapes. On one of these occasions Templeton slid in and his deflected effort went narrowly wide.  Kilkeel were growing in confidence and their pacy forwards were causing all sorts of problems and they scored their third from a short corner after 20 minutes.  North Down had no answer to the quick break after a turnover ball and it was no surprise when Kilkeel added a fourth. To their credit North Down never stopped trying and Templeton gave them some hope converting a corner before the break.

The second half followed a similar pattern with Kilkeel breaking down play and then displaying pace which the North Down defence could not cope with. They scored four further goals showing clinical finishing and Coates had to be quick off his line to protect his goal on other occasions.  North Down did score a second goal from a penalty corner through Templeton and the same player was unlucky not to be again on the scoresheet when his shot at goal from a corner rebound went narrowly past.  This was a thoroughly deserved victory for Kilkeel but the score line may have been a lot closer had North Down been able to field their full squad.