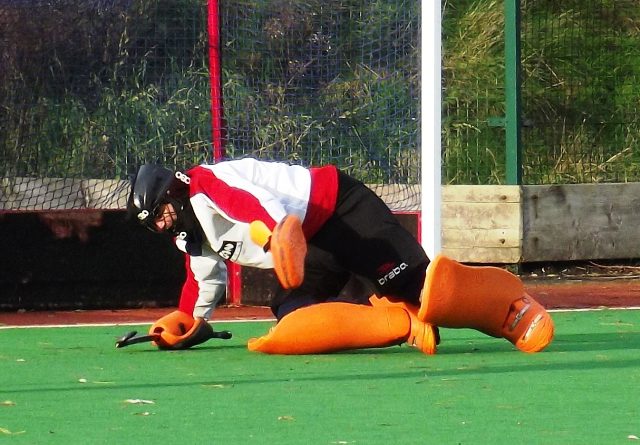 The fourths played host to Civil Service at Comber on Saturday knowing victory was essential to keep up hopes of promotion in what is already a top heavy league with 4/5 teams battling for 2 coveted places.

After a late injury pull out on Saturday morning left a squad of only 12 fit players, Sam Brown converted after 10 minutes with a soft goal to open the scoring!  Really good team play throughout the first half wasn’t being finished off with the final pass going astray on numerous occasions and Civil Service played their part in a fair and spirited game.  Just on the interval James Millar-Hogg beat a Civil Service defender to make it 2-0 and give the home team breathing space at half time!

The second half began at a fast pace! Chances were created and missed by Millar-Hogg, Jonny Green and even Massey’s shooting stick was not on display. As the half continued, it started to appear that despite the one sided nature of things, it would only take a goal from the visitors to make for a tense finish.  It duly arrived after some poor defending with 5 minutes remaining as Service stole in to make it 2-1.