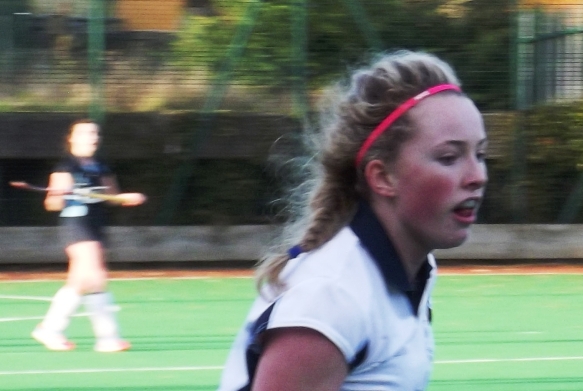 On Friday night North Down went to Portadown looking to build on their solid performance from the week before.
Both teams started with intensity and North Down threatened early down the left with good link up play between Rachel Lucas and Caitlin Taylor. North Down continued to apply pressure which resulted in a penalty corner which was then converted by a great strike from new signing Kathryn Sinclair.  Defence remained solid for the rest of the half with Trish Neill making some great saves to keep the home team at bay.

The second half continued in the same fashion with North Down creating some great chances down the right hand side between Lauren Brown and Hannah Lewis. The second goal was slotted home by Rachel Lucas after a great through ball from Olivia Brown.

In the last ten minutes the home team pressed hard and thought they had pulled a goal back but a fantastic save off the line by Bethan Brittan kept the ball out of the net. In the dying minutes the home side managed to score a late consolation goal.

This was a well deserved 3 points after a great team effort.