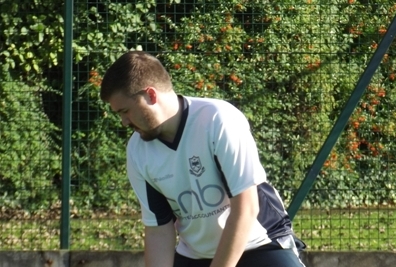 Having lost their unbeaten record to Bangor the previous week North Down were keen to get back to winning ways when they entertained Civil Service at Comber.

Coach McKeown had the team fired up and they were quick out of the blocks.  Before NICS knew what hit them they found themselves three goals down.  From an early short corner McKeown’s effort was saved but James Clarke was on hand to smash the rebound into the roof of the net for his first North Down goal.  Service were rocked and within minutes were further behind.  A great ball from skipper Ross Linter found Jonny Moore in space and his accurate cross was slotted home by Phil Wilson.  Immediately afterward Josh Gilmore almost got the third when his attempt at deflecting a McKeown cross went narrowly wide of the post.  However he only had to wait a couple of minutes before getting his name on the scoresheet.  Another long pass from Linter found Gilmore and he somehow managed to deflect the ball past a bemused Sam Hamill the Civil Service keeper.

North Down took the eye off the ball and allowed Service to pull a goal back after 18 minutes.  Not to be outdone, North Down went to the other end and won a short corner.  A well worked move allowed Moore to score but then the fight back began.  Service won three consecutive corners.  The first was wasted but the next two were expertly dispatched by Chris Barnes into the corner of the net.  A further corner was well saved by Coates and North Down managed to hold on until halftime.

In the second period the visitors drew level on 39 minutes after exerting pressure on the North Down circle.  North Down began to take control with David Morris playing a vital role in midfield.  Gilmore weaved his way into the circle, created space for himself and slotted the ball into the net to put his side back in the lead.  North Down never looked back but Coates had to be on his toes to keep another Barnes piledriver out.  At the other end McKeown had a shot crash of the crossbar and although North Down won a series of corners, their routine let them down.

In the end this was a close but well deserved win for the home side and a solid performance from everyone just let down by their inability to convert a greater percentage of corners won.