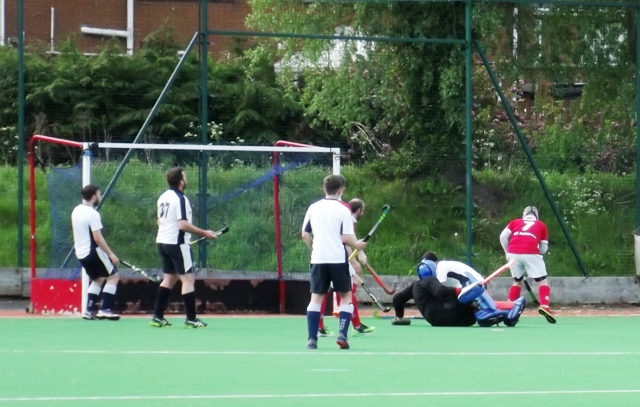 The mens thirds gained the 3 points necessary to maintain their position in Junior Three for next season.  However they made it difficult for themselves spurning several chances before going 2 goals down to a strong Cookstown fourth eleven at Comber Leisure Centre tonight.

Jamie Orr pulled a goal back on the stroke of half time to make it 1-2 at the break and minutes into the second half Shea Kelly found space to square the ball to James Millar-Hogg who equalised from close in.  On 50 minutes Millar-Hogg got the slightest of touches to put the thirds ahead but the game was only settled 8 minutes from time when Scott Moore got the fourth from close range to make it 4-2.