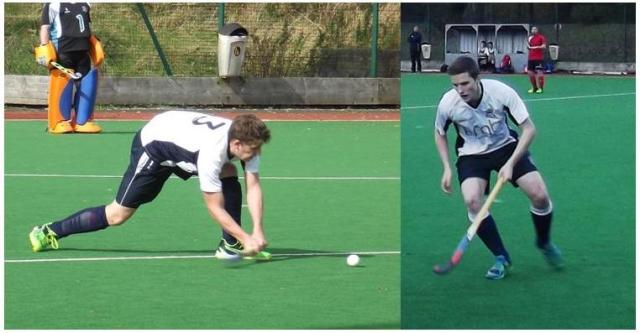 North Down and NICS both in search of points to secure their place in next years Premier League played out a 2-2 draw at Stormont last Wednesday.

In driving rain both sides began very cautiously but it was Service who were first to strke.The North Down defence failed to clear and the ball broke to Barnes at the top of the circle and he blasted past Coates.North Down began to exert some pressure but were unable to break down the Service defence

North Down came out in the second half with all guns blazing and drew level from one of the best moves of the game.McKeown dribbled down the left flank and played the ball back to Jordan Linter who quickly passed to Phil Wilson to score from close range.North Down were now on the ascendency and Phil Templeton put them ahead with his first North Down goal.He drove into the circle and sent a reverse shot high into the net.With about 10 minutes remaining Service drew level.North Down conceded an unnecessary free in their own half and while they debated what went wrong Service took a quick free which caught the defence out  and smashed the ball into the net.

North Down now look forward to the final of the Irish Trophy against South Antrim in Dublin on Saturday.