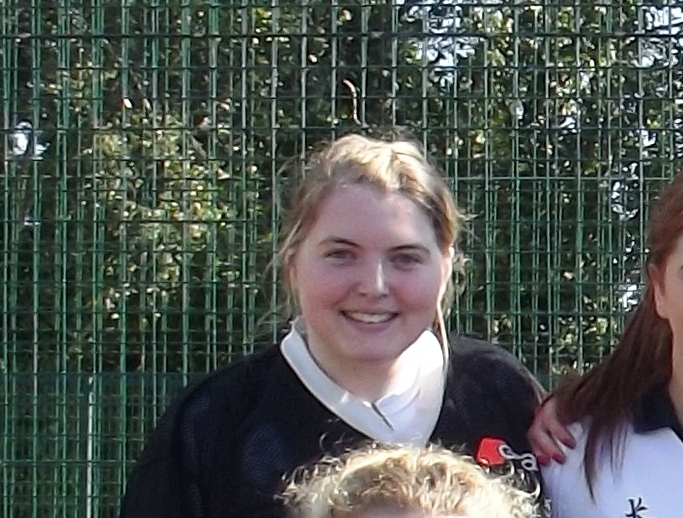 North Down progressed to the Semi-Finals of the Irish Trophy after another victory, like the previous round on penalty strokes. This time the unfortunate losers were Ballymena.
North Down weren’t at their most fluent attacking selves but a rock solid defensive performance from everyone ensured a 0-0 draw at the end of the 70 minutes and 10 minutes extra time. Ballymena really only have themselves to blame as they had approximatley fifteen penalty corners, but the defence team of Selina Lewis, Lauren Brown, Bethan Brittain, Laura Clarke and ‘keeper Chrissie McKee withstood the onslaught and cleared the danger every time. North Down only really created chances in the second period of extra time when they had two penalty corners of their own but these were well defended by Ballymena.
The game then ended 0-0 and brought penalty strokes. North Down were confident after their victory in the previous round. Ballymena won the toss and went first. They scored and then Clarke, after a retake, scored as well. Ballymena missed their second stroke. A chance for North Down to push ahead, but Rebecca Mercer had her effort saved. Ballymena then scored their third and Selina Lewis equlaised with her effort sending the keeper the wrong way. The fourth taker for Ballymena had her effort well saved by McKee allowing Rachel Hutchison the chance to put North Down ahead; and she did just that. With the pressure now being on the fifth Ballymena taker to score, Chrissie McKee again proved the hero as she saved her effort. North Down and their supporters went into raptures of delight.
The semi-final draw took place on Monday and North Down were paired with Cookstown. The game will take place at Comber Leisure Centre on the 22nd March at 1pm. All support would be greatly appreciated as the girls chase their first final.
Player of the Match: Lauren Brown