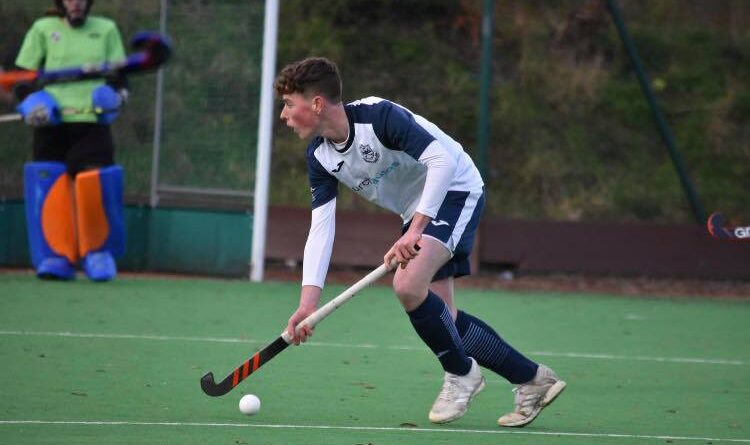 With Hockey Ireland postponing all Irish Trophy games due to Covid, North Down were left with no fixture last Saturday but were glad to accept the offer of a friendly from Queens as they were similarly affected.

Queens, strengthened by a number of new players, were strong opposition and with North Down not performing to the level they achieved last week at Kilkeel allowed Queens to run out comfortable winners.  On the positive side for the visitors, the friendly was an opportunity to give a senior debut to young up and coming Andrew Welsh.

The first quarter was evenly contested with both sides probing for openings. Queens got the breakthrough a minute before the break when they scrambled the ball over the line. The second quarter was again evenly contested but neither side was able to break down solid defences despite both creating chances.

The third quarter changed the outcome of the game.  North Down won a free deep in Queens territory but made a complete hash of it allowing Queens to break quickly and win a short corner. The initial strike was stopped on the line by a defender’s foot and Queens scored from the resulting penalty stroke.  North Down then lost their shape and allowed Queens to dominate. A move down the right flank saw the ball crashed into the circle and though it appeared to enter the net without anyone getting a touch, the umpire to the North Down players’ dismay awarded a goal.

The fourth quarter was controlled mainly by Queens and they added a fourth when the North Down defence allowed their player to create space at the top of the circle and score with a strong reverse shot. No further score resulted in a convincing win for the home side.  There’s further Covid related disruption this Saturday as North Down’s scheduled game hosting Donegal’s Raphoe in the Premier League has been postponed and replaced with the home Premier League fixture against Instonians.

Burch Autos Man of the Match was Robbie Davidson.