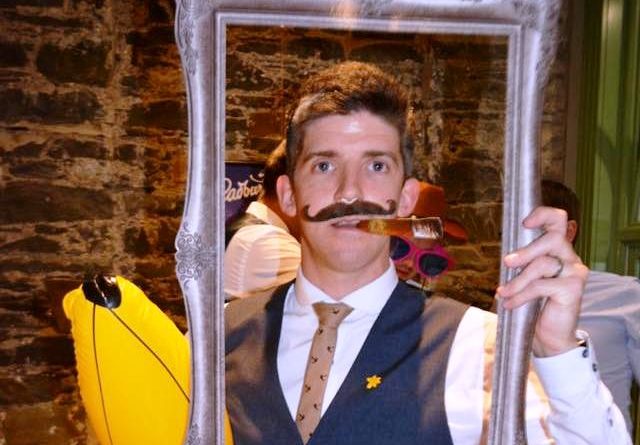 Regent House, I started as a right back but was apparently ‘too fast’ for that position so got fired up front.

Nope, North Down through & through.

14-15 years I think, although I missed a year in there somewhere through broken bones.

Not really to be honest, I’m 32 now so I guess just try and continue playing at a high level for a couple more years and also try to hit that 200 goal mark.

The season I came back from injury and we won the league & cup double for the thirds was a hell of a year.

Me, Gilly & Mark Shannon up front for the seconds, what a time to be alive.

I have a burning hatred for ****, like most normal people I think.  Can everyone guess – it’s an abbreviation!

Jamie Orr for both. The boy knows his Dingbats and even baked a banoffee for the last quiz, but on the same hand it’s Jamie.

Since I basically played in a Spurs kit for over a decade instead of regulation North Down gear, most people should know this.

I used to skateboard a lot, but I’m getting a bit brittle for that now. Football, tennis, golf, I’ll have a go at anything and pretty much watch any sport that’s on.

As a Spurs fan I don’t have a lot of all time sporting moments, but I haven’t lost my sh*t like I did when Lucas scored that 94th minute winner against Ajax in a long time.

My honeymoon to Cape Verde Islands 4 years ago was the most relaxed I’ve probably ever been. I was away last May to a villa in Albufeira with all my best mates and their wives/girlfriends/kids which was also brilliant.

Anywhere I can lie in the sun and do absolutely nothing sounds good to me.

Mostly rock, punk, indie, metal. I don’t get the playlists on many hockey trips, let’s put it that way.

Same as Ross Blair here – Always Sunny in Philadelphia is hard to top. Shoutouts to The Office (US), Rick & Morty and the guilty pleasure Friday Night Lights as well.

I don’t read unless I have to, movies with subtitles are even a push to be honest.

I couldn’t function at all without coffee. Pizza is probably my favourite food, but I’m missing a lot of good food due to this lockdown – what I would give for a Haptik lunch right now…

Semi-skimmed as I’m not a sociopath.