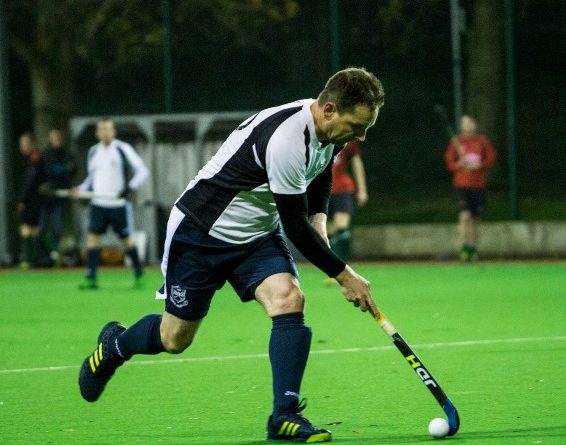 North Down seconds travelled to Mossley on Saturday hoping to build upon their previous win in Junior League One against Annadale.

With this is mind they started the game in typical fashion by going two goals down in the opening 15 minutes!  However, seconds after Mossley had scored their second, Stephen Magee struck for North Down after some good play by Andy McKee from right midfield. Magee followed this up one minute later with a landmark goal from a well worked short corner which resulted in the first quarter ending 2-2 and Stevie becoming the outright third top goal scorer in North Down’s history!

The second quarter was a tighter more intense affair and the score remained 2-2 at half time with neither side able to break the deadlock.

After some work on whiteboard at half time from Jordan McKee, back in the country for the Christmas holidays, the seconds altered their shape for the third quarter. This change paid off handsomely and resulted in Andrew McGimpsey scoring from a short corner to make the score 3-2 to North Down.  Mossley responded to this set back by dominating the remainder of the quarter and thanks to some solid old school defending North Down got to the interval with their 3-2 lead intact!

Within the first few minutes of the final quarter Mossley were awarded a penalty stroke, a simple decision for the umpire as Shea Kelly’s foot prevented a certain goal.  However, the Mossley striker didn’t convert as his effort cannoned off the post after sending Jamie McAuley the wrong way.  From this point North Down’s superior levels of fitness shone through with Ross Blair opening his account for the club to score North Downs fourth goal of the game 4 minutes from time and this was quickly followed by Jonny Moore adding to the visitors’ tally and putting the game well and truly to bed.

All in all this was a fantastic way for the seconds to end the decade and also set up a promising start to 2020.

Birch Autos Man of the Match was Andrew McGimpsey.