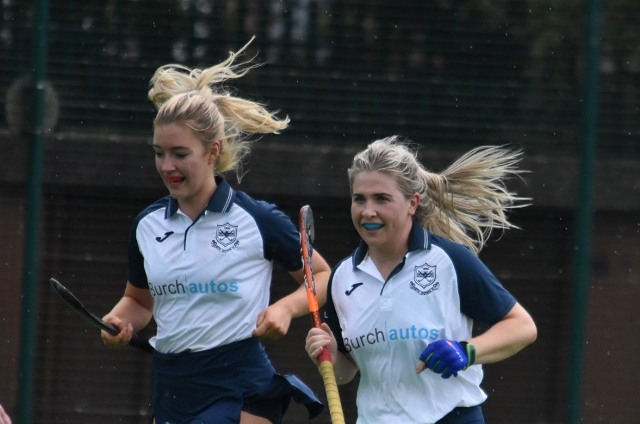 The ladies first eleven travelled to Armagh last Saturday to play their fourth league game of the season. The girls knew that this would be a tough and challenging match as Armagh were sitting at the top of Senior One having won all of their league matches so far but North Down were ready to change this.

The first quarter saw very strong attacking play from both teams with Katie Moore showing well but unfortunately no goals were scored in the first quarter. Armagh claimed the first goal in the second quarter through Babika to give the home team a one goal advantage at half time.

After a change of press at half time North Down increased the pressure on the Armagh defence and worked their way into the circle to put away their first goal courtesy of Olivia Brown who slotted the ball into the back of the net.

The fast transfer between Rachel Mornin and Alex Boyd in defence created many opportunities for the ball to be played to Heather Britain in left back to fire long balls down the left side of the pitch which were skilfully received and driven into the circle by Bethany Burrows and Amy Kimber. Armagh relentlessly attacked North Down’s circle to be awarded numerous penalty corners which the North Down girls defended admirably and eventually Armagh’s Babika  scored her and her team’s second goal of the match in the 51st minute to end the third quarter 2-1 ahead.

North Down came fought hard in the final quarter with excellent linking play between the Brown sisters, Lauren and Olivia, in midfield.  A through ball found Selina Lewis who worked her way round the Armagh keeper to score the equalising goal. The final score was 2-2 after a tough and physical away match.

Burch Autos Player of the Match was Amy Kimber.