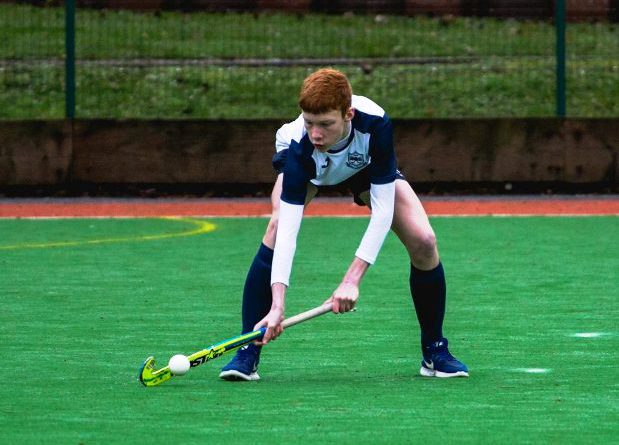 The fifths started the brighter of the sides with some solid work down the right by Angus Johnson and James Stewart, James burst into the circle riding some rough challenges from the CI defence and slotted home at the near post to open the scoring for North Down.

However, for the rest of the half North Down looked bereft of any quality. Marking the opposition was for losers so CI waltzed into the North Down circle time after time and despite Roger Graham’s best efforts CI slotted 5 home by half time.

A stern team talk from skipper Peter Shields at half time put the visitors back on track and a full third quarter camped in the CI half followed.  Short corner after short put pressure on the CI defence. At yet another corner, Peter Shields was taken out by the keeper and the penalty stroke was casually slotted home by Benjamin Bond.

North Down were on the ascendency as they continued to batter the CI defence with Johnston, Thomas and Skelly dominating midfield but several good saves at crucial times from the CI keeper meant the away side never quite capitalised on their dominance. The game ran out a 5-2 win to the home side.