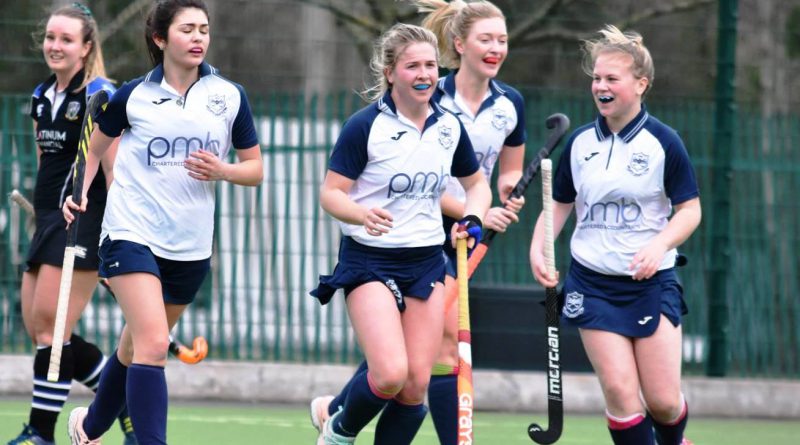 North Down ladies travelled the short distance to CIYMS last Saturday for their latest Senior League match.  Having drawn the home game 2-2 North Down knew this would be a tough test as they attempted to gain momentum from last week’s win against Portadown.

North Down weathered the early storm from CI comfortably and began to look dangerous themselves working the ball well from defence and good movement from the forwards creating problems for CI. North Down made their pressure pay when Kathryn Sinclair finished well from North Down’s first short corner. The remainder of the half saw North Down looking the more dangerous side, winning the territorial battle, but creating only a few opportunities. Defensively North Down were working hard and kept the CI circle entries to a minimum.

The second half saw the same pattern of play as the first with CI pushing in the early exchanges without creating any clear cut opportunities and North Down gradually coming into the game and beginning to edge it. Alex Boyd made a number of driving runs into the CI 25 and North Down were unlucky with a couple of half chances. After 50 minutes North Down further extended their lead with a well worked goal. Katie Moore, impressive throughout the game, linked up well with Kathryn Sinclair on the right hand side and a great ball in from Kathryn was finished superbly by debutant Faye McCann.

CI pushed an extra player forward and this created some anxious moments for North Down but they defended very well to deny them any scoring opportunities. During the latter part of the game North Down tended to give away possession a little too easily and a key improvement will be continuing to do what has worked well when the pressure is on.

A scrappy game a times but North Down were always in control and worthy of their 2-0 win.