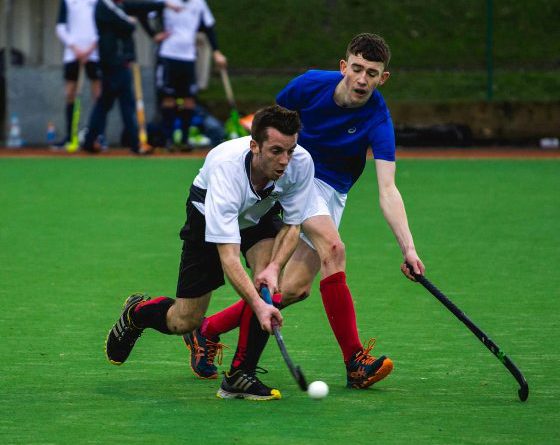 North Down fifths made the short trip to the Aurora Centre last Saturday to play local rivals Bangor fifths running out 5-0 winners.

North Down barely had to get out of second gear especially in the first half when the home team were quite literally playing at a snail’s pace out of defence. James Stewart was causing no end of trouble sitting in the number 10 role, passing into the circle over and over again. North Down deservedly took the lead through Stewart after only 10 minutes and from then on the game was never in doubt.

North Down continued to press with chances being created at ease, Peter Shields was pulling the strings in the centre of the park with Bangor penned into their own half. Greg Bell broke through into the circle and finished brilliantly to make it 2-0.  Shortly after, Ben Bond made it 3-0 after crashing it home unchallenged in the middle of the circle… Sorry news just in… the umpire disallowed the goal and gave a short corner instead, a dubious decision and very unlucky for Ben.  At half time it was 2-0 with the visitors looking comfortable.

Into the second half the entire game continued to be played in a very well mannered and friendly nature, so much so that Bangor voluntarily played the first 10 minutes of the second half with 10 men!  The fifths kept their shape fantastically well pulling Bangor all over the place and dominating play throughout, patiently working the ball left and right and utilising the full backs Ben Irwin and Curtis Hastings at every opportunity. Further goals came from James Stewart via a short corner routine and from Peter Shields from another well worked penalty corner variation. Goal of the match had to be Michael Mitchell’s late effort stealthily appearing at the back post and rifling in from a yard to score in his 30th birthday week.

It was great to have Simon Wilcock back playing, giving his usual 100% after breaking his arm and also the returning Chris Murray who played superbly in midfield, it is great to get young talent back in the fold.