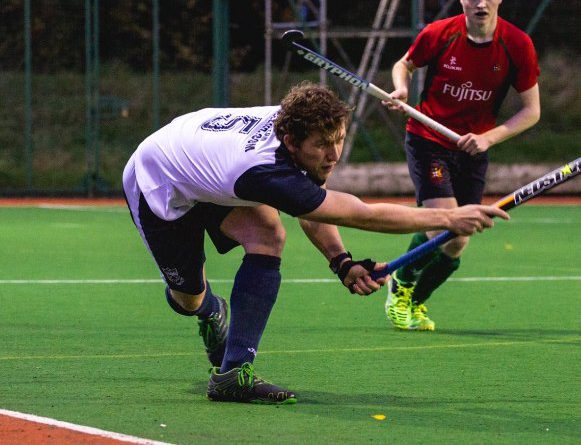 North Down travelled to Shaws Bridge on Saturday to play the first leg of their quarter final Anderson Cup tie with Instonians without four regulars but this gave coach McKeown the opportunity to give fringe players a chance to show their skills.

Inst got the perfect start winning a short corner in the first minute. Robinson’s flick was unfortunately deflected into the net by the unsighted Jordan Linter. Play settled down and both sides played attractive hockey without any clear chances being created.  North Down won a short corner after 20 minutes and Phil Templeton equalised with a strong flick. With 8 minutes of the half remaining Inst won another corner and again Robinson’s effort was deflected past Darren Rodgers to give them a slender 2-1 lead at halftime.

North Down continued to play a very disciplined game in the second half giving Inst few opportunities to penetrate the circle and when they created an opportunity the Inst defence managed to scramble the ball clear. However, on the break, the ball was quickly transferred upfield with the help of an overhead pass, the North Down defence failed to clear and an Inst forward had the simple task of shooting past Rodgers to make it 3-1.  North Down maintained their shape and did not let this setback upset their rhythm.  They won another short corner and Templeton reduced the arrears with an accurate flick into the corner of the net .With 12 minutes remaining, North Down went looking for the equaliser but it was Inst who took control and dominated the last 10 minutes. Rodgers’ goal had a number of scares before Inst got their fourth with 5 minutes remaining and then with the last hit of the game they got their fifth when the defence was caught out of position.

The final score of 5-2 did not give a true reflection of the game and now North Down must regroup for the return leg scheduled for Wednesday evening and hope that they can make inroads into the three goal deficit.