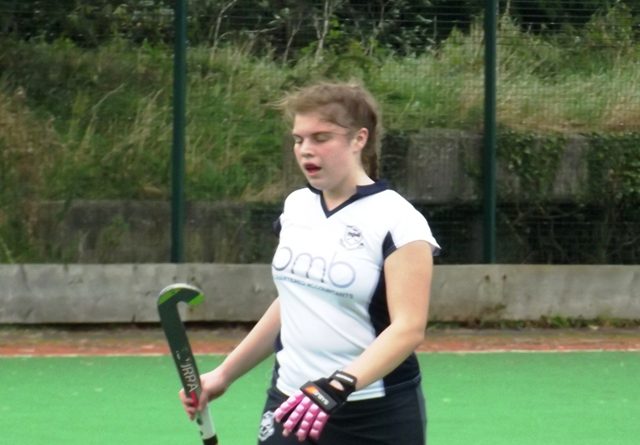 North Down, missing the influential Selina Lewis, commenced the game well and edged the early phases of play. However they found themselves 2-0 down after fifteen minutes as Omagh, whose strategy was to sit back and wait for errors from North Down, ruthlessly finished two break away goals from North Down mistakes. North Down regrouped and had most of the play for the remainder of the half without converting any chances.

Omagh won a short corner at the start of the second half but after this it was all North Down with players releasing the ball earlier and more accurately in their passing North Down attacked the Omagh circle frequently. Amy Kimber was prominent in this period, winning a number of short corners. From one of the shorts Heather Brittain scored following a scramble from the initial strike. North Down kept up the pressure and won a string of further short corners that were well defended by Omagh. Against the run of play Omagh scored the crucial next goal when the ball was crossed in from the bye line and deflected into the net from a North Down stick.

This was an interesting game with Omagh showing why they are top of the league with their effective breaks leading to the initial 2-0 lead. From the second of the goals North Down were the better side with incisive passing from the back, into midfield and onto the forwards creating numerous circle entries and short corners.