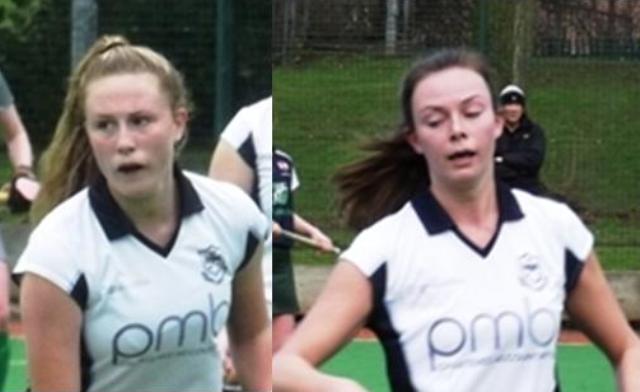 The ladies first eleven played KV last Saturday in Senior One in the 4.00pm slot at The Dub.

Having been beaten by KV in the Ulster Cup, North Down knew this would be a difficult match and the challenge became harder with a number of players not available.

With the confidence of a mid week cup win behind them North Down started the game well. One particularly good piece of play saw Rachel Lucas and Lauren Brown combine with the latter driving into the circle but shooting wide. KV were also creating chances with early balls up to the forwards resulting in a number of short corners being won. The defensive corner team of Helena Press, Olivia Brown, Lauren Brown, Kathryn Sinclair and Alex Boyd ensured that no clear cut chances were created.

After twenty minutes Team KV took the lead following a scramble in the circle with North Down not taking a couple of chances to clear the ball effectively. However North Down stuck to their high intensity game plan and equalised through Heather Brittain from a smartly taken shot at a short corner.

North Down started the second half on top and created a number of scoring chances and short corners.  KV gradually came back into the game and scored after twenty minutes following a break to make it 2-1 and they doubled their lead shortly after. This spurred North Down into action and they began to put a lot of pressure onto the KV circle. Following a scramble Amy Kimber, celebrating her 17th birthday, finished neatly with six minutes remaining to make it 3-2. North Down continued to attack for the final six minutes and created some half chances and short corners but KV were able to hold out for the win.

This was a good performance but a disappointing result for the ladies who will make the journey to Priorians on Saturday.