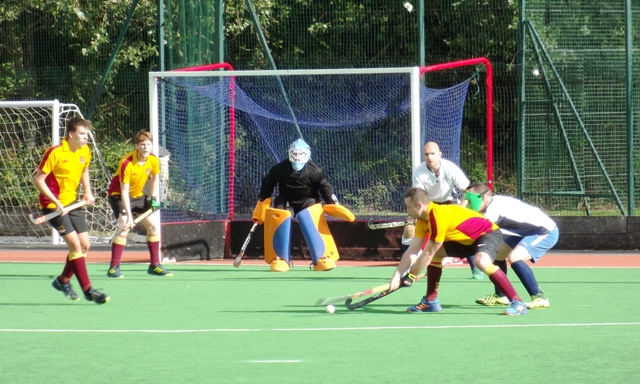 The men’s thirds are finding it tougher going this season in Junior Two after last season’s promotion and league cup success.

Up against a strong Mossley seconds on Saturday in the league cup they held out well until late in the game when two Mossley late strikes made the final scoreline of 4-1 flatter the visitors somewhat.

Several excellent saves from Alastair McArthur kept the thirds in the game in the first half and a short corner strike from Stevie Magee gave them a chance at 1-1 but that was it as far as home team goals were concerned.

It doesn’t get any easier next Saturday either with a visit to Bangor seconds.