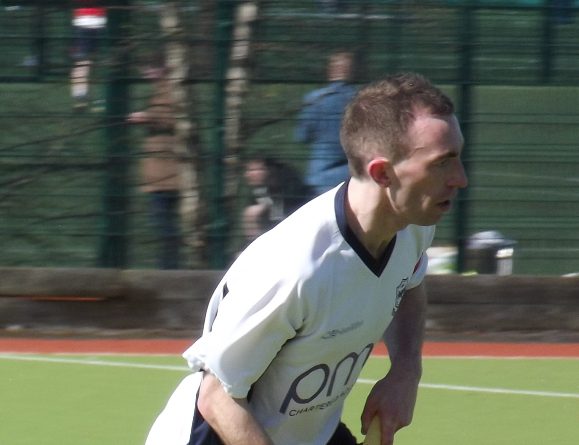 North Down made the long trip to Donegal last Saturday to play Raphoe in a rescheduled Premier League fixture.  Although the temperatures were low the pitch was frost free and both teams looked forward to a good game of hockey.

North Down opened at a fast pace and put Raphoe under early pressure. The slow surface allowed the home side to keep the visitors out.  Keeper Darren Rodgers was a spectator for most of the half as Raphoe had little to offer as an attacking force. North Down won a number of corners but Phil Templeton’s effort hit Phil Wilson and deflected wide of the goal.  Just before halftime North Down got the breakthrough their play deserved.  Again it was the Templeton/Wilson combination that broke the deadlock with Wilson deflecting home.

The second half belonged to North Down.  Raphoe could not deal with their pace and skipper Ross Linter was causing all sorts of problems down the right flank.  The Raphoe keeper had a great game and almost single handed kept the North Down forwards out.  He made fine saves from Gilmore and McKeown but was finally beaten when Linter played a great cross field ball which found James Clark unmarked at the back post and he made no mistake.  Both sides exchanged corners but were unable to convert.  Clarke and Morris continued to probe for openings and with 8 minutes remaining their play led to a corner being awarded.  The Raphoe defence was slow off the line and McKeown had time and space to flick high into the net to give North Down their third and decisive goal.

This was a much improved North Down performance from the previous week’s win over Cliftonville and hopefully will help grow confidence for the final run in as they fight for a top seven spot.  This Saturday the defence of the Irish Trophy begins as North Down welcome Raphoe back to Comber for a 2.30 pushback at Comber Leisure Centre.