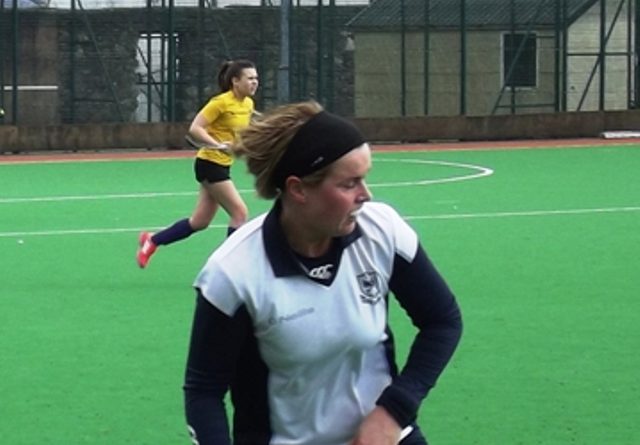 North Down ladies fourths travelled last Saturday away to the Meadowbank Sports Arena to compete against top of the league Rainey seconds. Due to frozen pitches and cancellations many of the team had not played a match for nearly two months, unfortunately this was quite noticeable!

Rainey were a well drilled team and made the most of the home advantage, whereas North Down took a long time to adapt to the carpet-like indoor pitch! However, in true North Down spirit the ladies tried hard to stop the Rainey onslaught. The score was goalless half way through the first half and North Down rotated a couple of players which seemed to temporarily unsettle them and a few minutes later Rainey were two nil up.

Peter Whyte, who had kindly given up his free afternoon to umpire, made some good suggestions at half time and North Down tried to implement these into the second half.  Although North Down tried to rally, they were outplayed by a determined Rainey team who managed to score three more unstoppable goals. Lynsey Scott and Bethany Burrows never gave up working constantly in midfield and deservedly shared the Player of the Match award.  The final score was 5-0 which was slightly harsh on the visitors and North Down would hope to improve on this when they have to go back again this Saturday to play the same team in the Junior Cup!