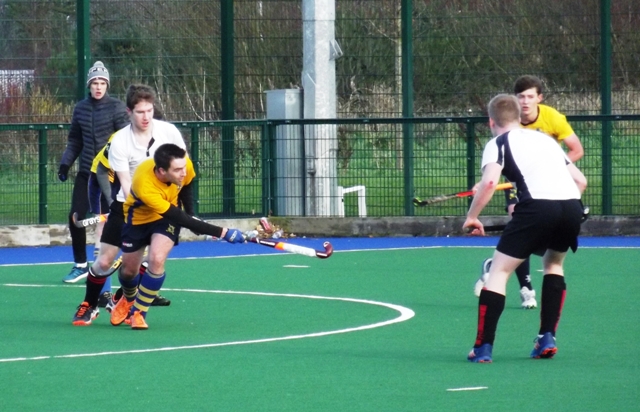 The mens third eleven, weakened by a number of withdrawals, went down unexpectedly by 6-1 to Bangor thirds last Saturday at the Aurora Centre.  Their only goal, in reportedly dubious circumstances, was scored by John Clarke.

In the other two junior games the fourths continued on their seemingly unstoppable progress with their second successive 9-1 victory, this time over Bangor fifths also at the Aurora Centre.  Andrew Shannon added to his growing tally of goals with a 9 minute hat trick in the first half to settle the game early on.  The fifths lost narrowly 5-4 to the PSNI team in a game which swung both ways but was finally settled close to the end with a late goal for the visitors.