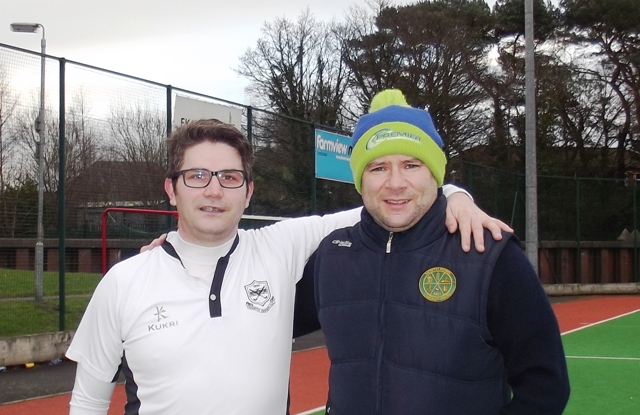 The annual charity game between the cricket and hockey clubs was held on New Years Eve and resulted in a 5-2 win for the cricketers.  This was despite the fact that the hockey squad was a grossly enlarged number of 22 and that most of the cricket squad’s only connection to the sport was that some of them had once owned a Buddy Holly record!

However, it was an enjoyable game and there was a reasonable number of supporters to view the proceedings which finished with a boat race in the clubhouse, also won by the cricket team!

Best of all, another £330 was added to the charity fund which has been earmarked for the Marie Curie Cancer charity – a cause which is close to all involved in both clubs.