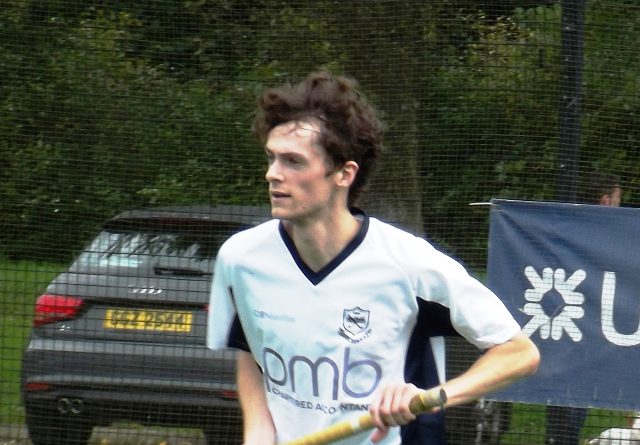 North Down travelled to Mossley on Saturday to fulfill a league fixture which was of significant importance to both teams as they strive to secure a top seven position in the league. Only those in the top seven have an opportunity to get a place in next season’s IHA League 2. Mossley were strengthened by the introduction of Irish international John Jackson and his presence was the difference at the end when he set up Simon Todd for the winner.

Play was fast and furious as both teams fought for superiority. North Down got the initial breakthrough when James Clark picked the ball up and weaved his way into the circle before unleashing an unstoppable shot into the corner of the net. Mossley won a number of corners but these were dealt with by the visitors’ defence. North Down increased their lead 10 minutes before half time. The ball was worked down the right and when the cross was not dealt with by the Mossley defence Mark Shannon was on hand to shoot home.

The second half was only a minute old when Mossley pressed the North Down circle. The defence panicked and Linter deflected into his own net. This gave Mossley some confidence as they put North Down under pressure and eventually Mossley equalised midway through the half when Darren Rodgers was beaten with a strong shot. North Down upped their game and won a series of corners one of which was cleared off the line and another well saved by the home keeper. The turning point in the game came 15 minutes from the end when North Down won a corner which was switched and Josh Gilmore slotted home, however to everybody’s amazement the goal was disallowed as the umpire declared that the ball had been stopped inside the circle, a decision hotly disputed by the visitors.

With time running out and North Down in possession, they lost the ball in the Mossley 25, a quick transfer found a player unmarked on the right wing. He passed to Jackson who set up Todd to shoot home for the winner in the final minute.

A disappointing finish to a hard fought game when a draw would have been a fairer result.