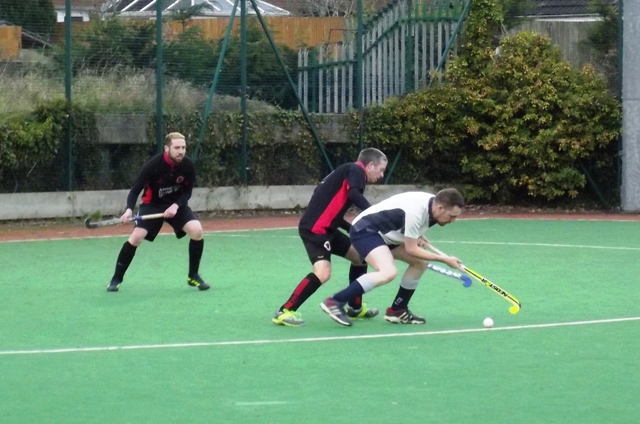 The thirds entertained South Antrim thirds on Saturday at Comber Leisure Centre and entertain they did. A quick start had the visitors rattled with fast flowing hockey and the Orr brothers, Jamie and Michael, complete with Ryan Millar controlling midfield.

Chances were created with balls zipping across the face of goal and the visitors’ keeper was kept busy. The breakthrough came when Sam Pyper smashed home from a loose ball just inside the area and the skipper got his second soon after when Shepherd’s pinged cross defied all but for a tap in at the back post. James Millar Hogg finished well from close range to make it 3-0 at the break and North Down were in cruise control despite South Antrim reinforcements, presumably from their fourth eleven, arriving before the half time break.

In the second half North Down soaked up some pressure to see what authority the new faces would stamp on the game however it was clear North Down remained the better side but one mistake and some slack marking did allow the visitors to get back in the game to make it 3-1.  However, North Down replied almost immediately with a short corner variation which finished with David Shepherd sending a drag flick low into the net to get the momentum back with the hosts. Another short corner, another Shepherd drag flick to get his brace was soon followed with a great counter attack and sublime cross from Jamie Orr for Millar-Hogg to get his second goal and a justly deserved 6-1 win.