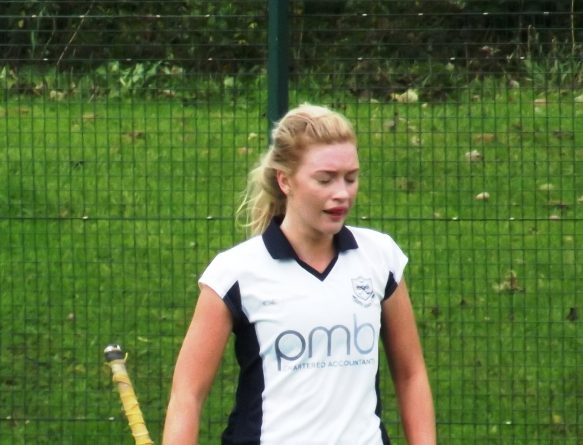 North Down ladies made the journey to Magherafelt last Saturday to play Rainey in a bottom of the table Premier League clash in the unpopular 4 pm slot. The venue was the impressive indoor pitch at the Meadowbank Sports Arena.

From the whistle North Down put pressure on Rainey which was swiftly turned with North on the defence and a penalty was conceded. North Down defended well to clear the ball but struggled to transfer it into the attacking circle and a second corner was conceded.  After a goalmouth scramble and a save off the line Rainey managed to sneak the ball home for the opener. North Down tried to rally but it was not to be as Rainey followed up with another goal to go two up. With 5 minutes left in the first half the visitors exerted much pressure on the home team forcing the Rainey keeper to pull off some hard saves and the ball inching agonisingly past the post.

Coach Peter Whyte worked hard to raise the team’s spirit at half time and the team headed out to start the second half with renewed fervour but they were unable to overturn the deficit with Rainey scoring a third and final goal and earn themselves a vital three points.