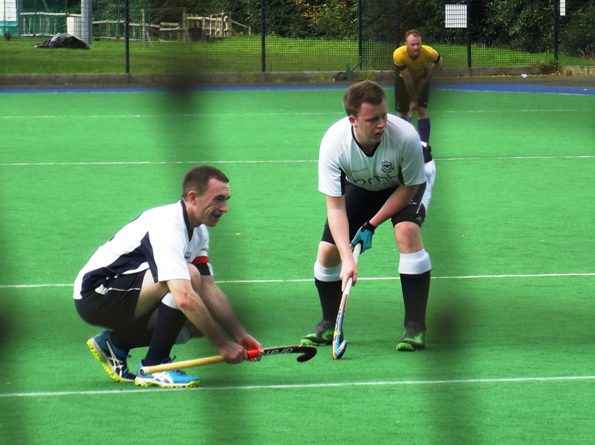 After relegation from last season’s all Ireland League, Instonians are back in local action and entertained North Down at Shaws Bridge last Saturday in the Kirk Cup.  The old cliché of a game of two halves came into play again as North Down more than held their own for the first half but they allowed Instonians to gain the upper hand midway through the second half and shipped in three goals in the process.

There was an element of good fortune with the Instonians first goal as the umpire interpreted a movement of the ball by Gareth McKeown as the taking of a free and quick thinking by Ben Palmer allowed him to steal the ball and score past Coates.  North Down stuck to their guns and had Inst under some pressure which eventually told when Josh Gilmore scored a deserved equaliser after 20 minutes.

Strong running from newcomer James Clark had Instonians chasing the game for the remainder of the half and they were more than content to take advantage of the halftime break to regroup.

Instonians gradually took control in the second period helped by some poor discipline in the North Down defence.  In fact, as play became ragged at times, both teams had players rested in the sin bin.  Instonians finally got the goal their pressure deserved when they took advantage of a needlessly conceded short corner for William Robinson to fire them into the lead at Coates’ right hand post.  Five minutes later they increased their lead to 3-1 with a virtual carbon copy goal, also from Robinson.  Ten minutes from the end Gavin Leckey put the issue beyond doubt with a fourth goal to put a gloss on the scoreline which was hardly deserved.

North Down now host Harlequins this Saturday at Comber still looking for their first Kirk Cup points of the season.