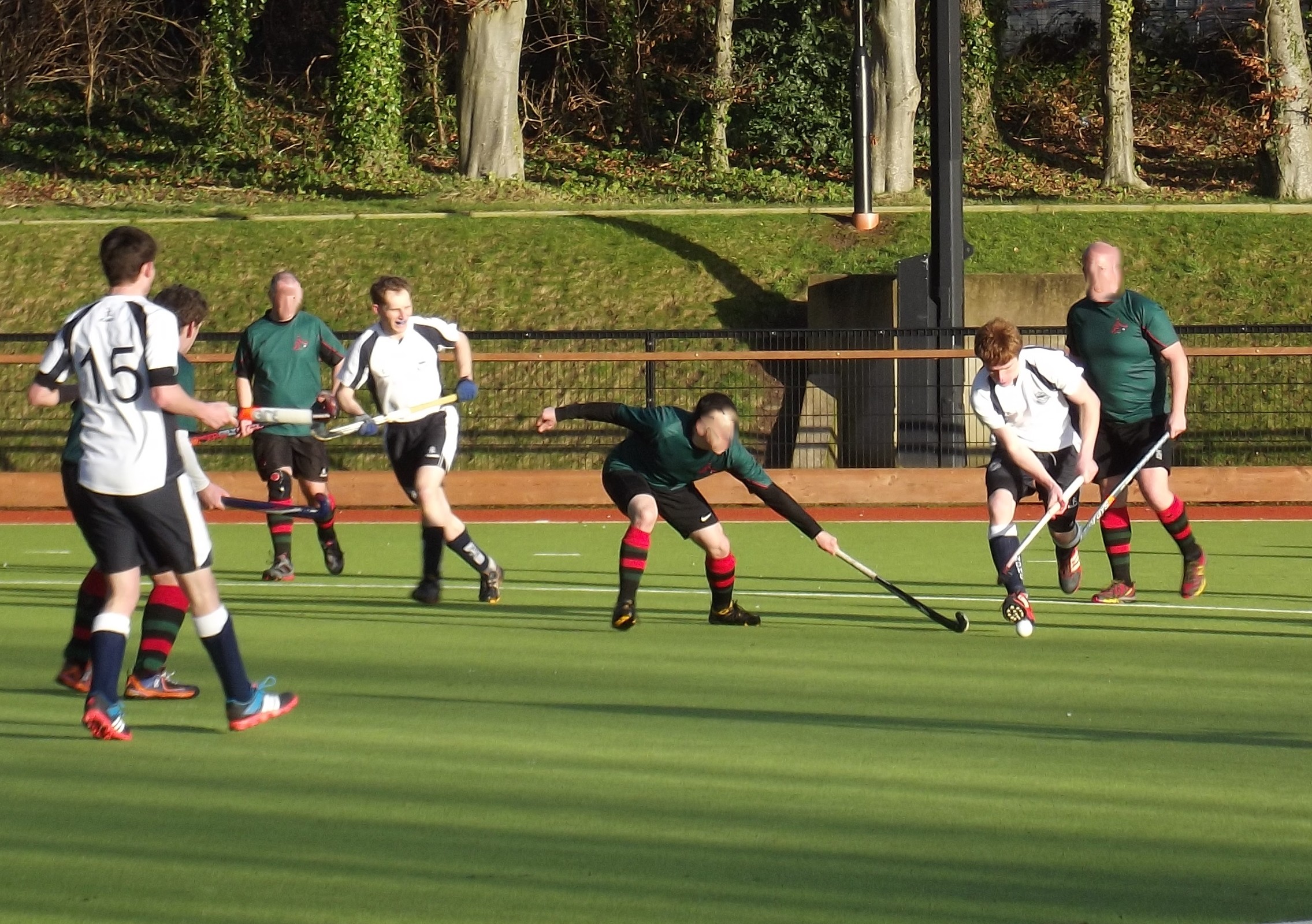 North Down travelled to Stormont last Saturday to resume their league programme against PSNI knowing that they had to secure maximum points as they strive to close the gap to the league leaders.

It did not take long for them to stamp their authority on the game.  Richard Willis and Rowan Poots worked the ball down the right and Poots crossed for Gareth Bailie to open the scoring.  Shortly afterwards North Down were awarded a penalty corner and Poots expertly converted.  Against the run of play PSNI reduced the arrears when sloppy defending allowed the centre forward space in the circle and he easily beat Gareth McBride in goals.  North Down however re-established their superiority with pacy running and swift changes of play and before half time Poots converted two further penalty corners to effectively settle the result.

North Down continued to dominate in the second period.  Skipper Phil Wilson got goal number five when he flicked home from mid circle and Poots got the sixth from open play.  PSNI then reduced the arrears when McBride brought down an attacker to concede a penalty stroke which was coolly converted. David Shepherd got on the scoresheet from a corner and then Bailie completed a good afternoon’s work with three late goals to leave the final score 11-2 in the visitors’ favour.

The North Down coaching staff were satisfied with the result but were disappointed that in the second period they were unable to win more corners often trying to shoot from difficult angles.  A much stiffer task lies ahead this Saturday when they entertain league leaders Bangor in the north Down derby and they must take every advantage of the different situations that comes their way.