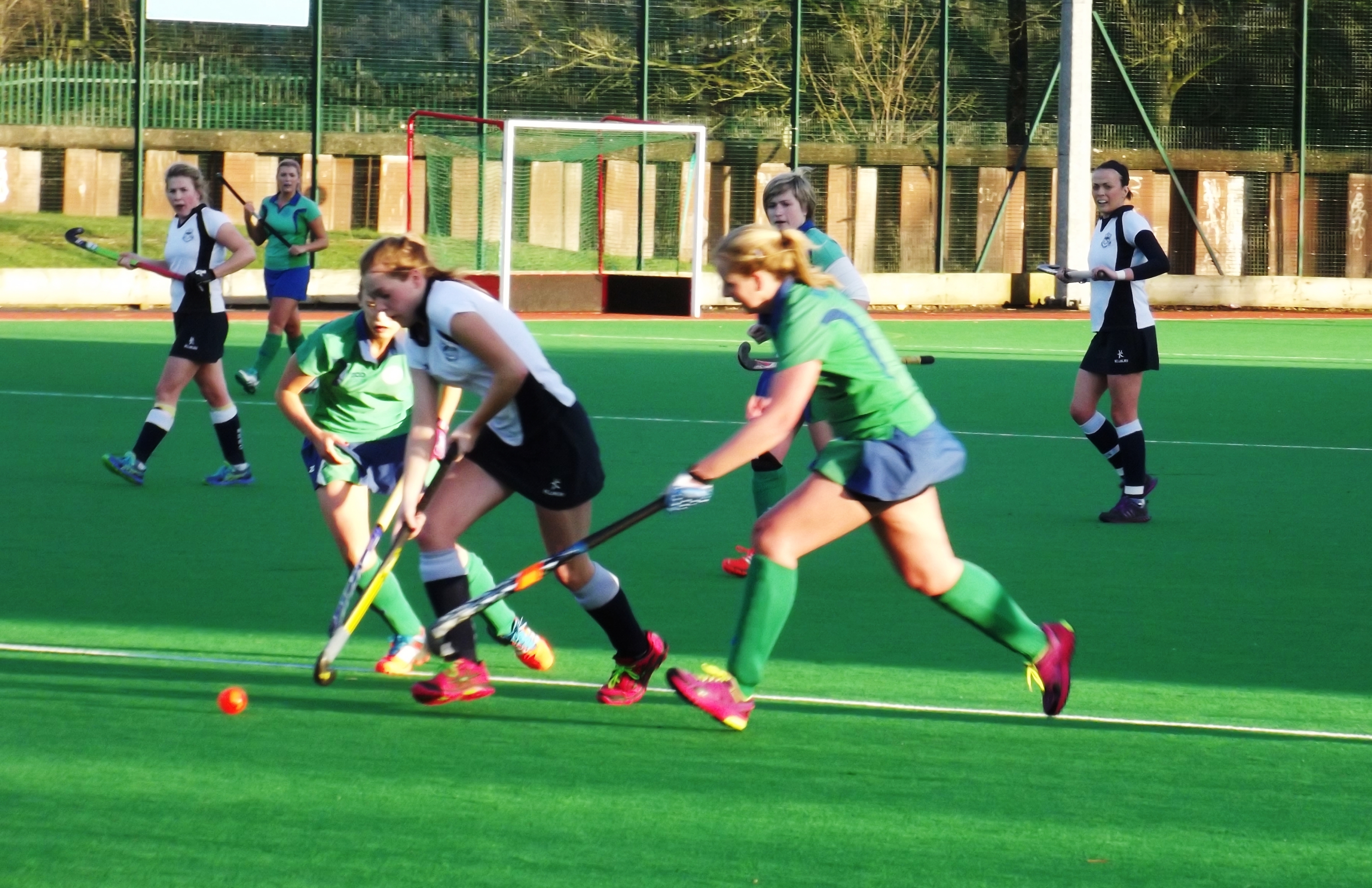 North Down were back in action on Saturday after a three week Christmas break. The home side faced Ballymena for the fourth time this season and were looking to consolidate their second spot in the league place and put things right after frustrating defeats in all three of the previous encounters.

North Down started very brightly and there was no sign of a post Christmas hangover.  The home side pressed forward at every opportunity and had Ballymena pegged back in their own half for most of the opening 10 minutes. With the visitors looking shaky, the Comber girls broke the deadlock. Good play down the left hand side from Caitlin Young and Lauren Brown saw the ball come into Katherine Hill at centre forward, she drove across the circle and had a flicked effort parried by the keeper however the ball fell to Olivia Brown at the right post and she made no mistake for her third goal in as many matches. North Down did not rest on their lead and while Ballymena did begin to form some meaningful attacks and threaten the circle, the Comber girls stretched their lead half way through the first half. Hill, who was causing all sorts of problems, picked the ball up out wide on the left and danced her way past a few defenders before smashing the ball into the right hand corner from a tight angle. The home side went into the break with a two goal lead but knew for all their dominance they should really have been out of sight.

The half time break gave Ballymena a chance to regroup as they came out fighting in the second half and ten minutes into the second half they reduced the deficit to 2-1.   North Down failed to clear their lines when they had the opportunity but couldn’t manage to do so and were punished. As had been the case in previous games North Down now looked unnecessarily nervous and Ballymena were very much in the ascendancy. It was not long before the visitors were back on level terms from a short corner, again North Down had the opportunity to clear the initial effort but failed to do so and Ballymena capitalised on the mistake.

Heads were down for a 5 minute spell and it looked like North Down could throw things away all together before the penny seemed to drop. North Down realised that they had been the far superior side for large parts of the game and began to push forward relentlessly in search of a winner. The game became heated and Ballymena were reduced to 10 players after a green card was issued for a series of persistent late tackles when a yellow seemed more appropriate. Both sides lost their discipline at times as the visitors broke down play to run down the clock and North Down’s frustrations at this boiled over, particularly as the player who had been previously sin binned produced two further tackles in a similar vein but they both went unpunished. North Down had 4 short corners but could not make use of them and despite having all 10 outfield players in the attacking half they just could not find a winner. Ballymena’s celebrations of the draw at full time showed that it was very much a point gained for them and two points dropped by North Down.

Whilst disappointed at the result, things are still in North Down’s hands to finish in a possible Premier playoff spot and they will be targeting no less than 15 points from their final five games.