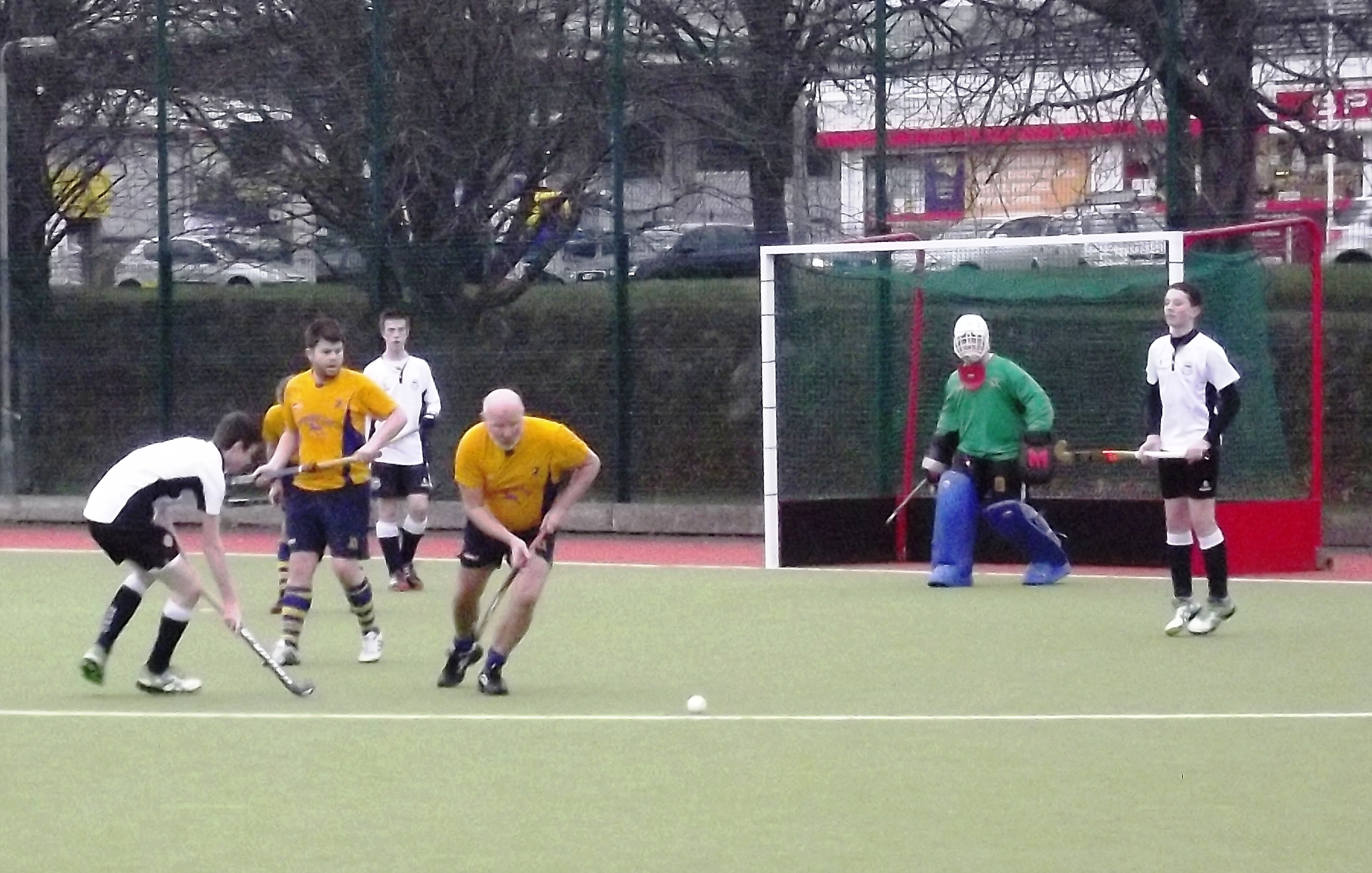 In the only match of the day, the sixth eleven drew 2 – 2 with Bangor 5ths at a damp and gloomy Ards Leisure Centre.  The young sixths started slowly and the experienced Bangor team completely dominated the first 10 minutes.  Against the run of play Josh Gilmore had the ball in the net following a free with a superb reverse shot only to have the goal disallowed and the free awarded this time to Bangor.

North Down gradually found their way into the game but a tendency to over run the ball and to misplace passes meant that they made little inroads into the Bangor defence.  With 3 minutes remaining in the first half Josh Gilmore finally made the breakthrough giving the Bangor keeper nochance from close in.

There was only 26 seconds on the clock when Bangor equalised at the start of the second half with a cross deflected past Lee Brown in goals off Bryn Walker’s stick.  The sixths continued to make life difficult for themselves by giving the ball away too frequently but on 47 minutes Johnny Proctor put the home team ahead again from close in.  However, the lead was only held for 6 minutes as a defensive mix up gifted the visitors an equaliser to make it 2-2.  Bangor, prompted by veteran Raymond Parker in midfield, threatened to add to their tally but good work from Neil Dickson and Sam Brown kept them out and the game finished at 2-2.

This was a game the sixths should have won easily enough if they had found white shirts more often with their passes and not lost concentration at vital moments.

Man of the Match: Neil Dickson