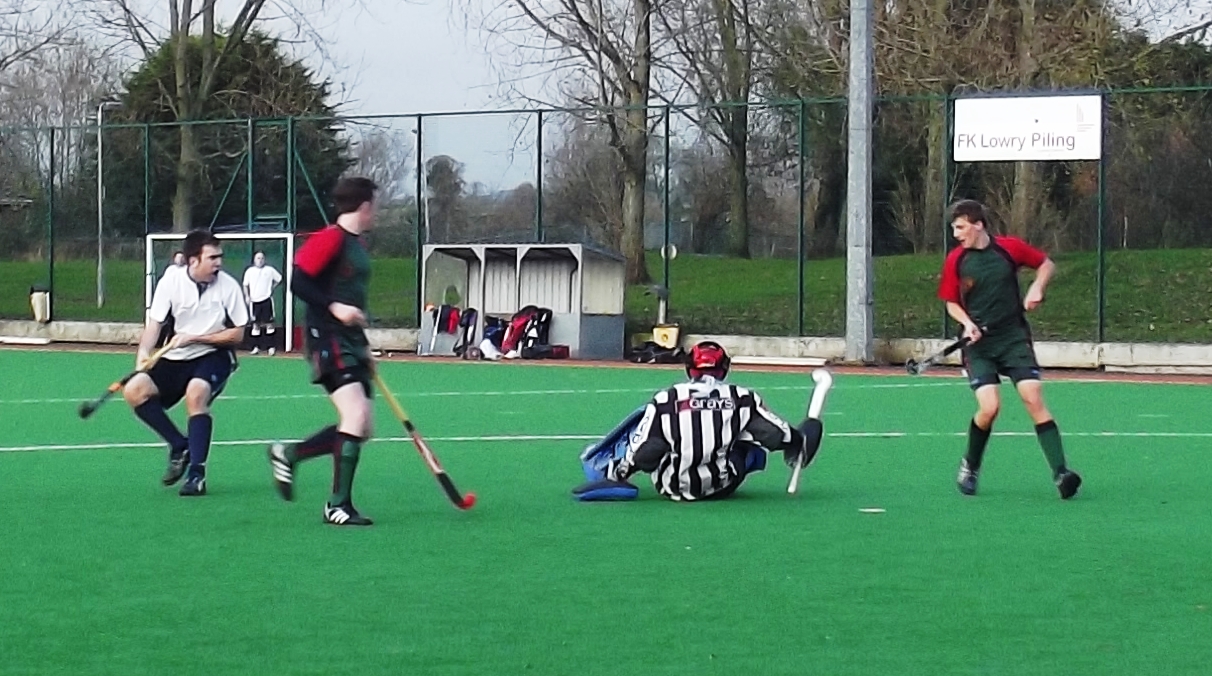 North Down thirds hosted Civil Service seconds in what turned out to be a very tight, even game last Saturday afternoon in Comber.

The visitors started brightly and had much of the early possession but were generally well contained by the home defence, the only danger point came when the ball flashed across the home goal and wide from a tight angle cross. As the half went on, the home side started to gain momentum and eventually the pressure told when Kai Jenkins found Mark Shannon who beat two defenders and pulled back for Sam Pyper to hammer into the far corner of the net. More chances came with the Service keeper Bennett denying Revill and Pyper until a Civil Service short corner cannoned into the bottom corner leaving Lee Brown with no chance in the home goal.

After halftime the hosts almost led again with Andrew Shannon being denied by a sliding save and shortly after Bennett then surpassed this with a super double save from Mark Shannon and then from Adam Tate following up. The game was end to end for much of the second half and whilst North Down snuffed out most Service attacks Stuart Nicholson was called into action making a great goal line stop from another well struck short corner. Lee Brown made a couple of smart stops and despite some late North Down positional changes due to injuries neither side could find a winner with the final score finishing at 1-1.

A draw was probably the fairest result in a game between two evenly matched teams and which was played in good spirit.  Special thanks must go to Ryan Galway for answering the call to umpire at late notice. The thirds look to get back to winning ways this Saturday when they make the trip to County Donegal to take on Raphoe.