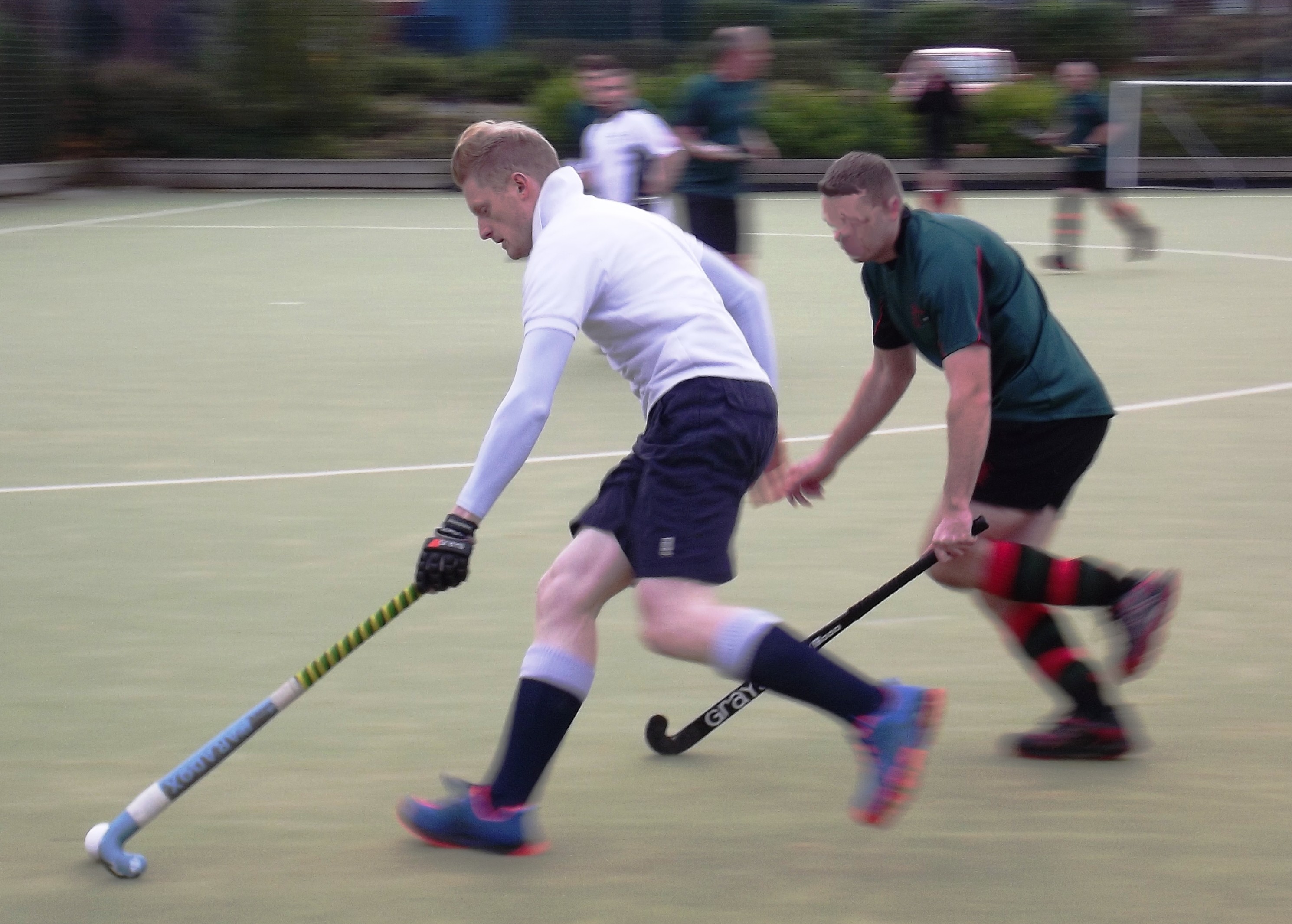 North Down fifths took on PSNI 2nds at Nendrum College last Saturday in a Junior League Five fixture.  The police team have been having a bit of an unsettled season so far with fixtures being disrupted due to the various protests in the Province.

The game started lively enough and a tough midfield battle ensued. There was relatively little to separate the sides for the first 15 minutes or so with neither side making any headway although on balance PSNI had the better of the chances. Eventually the game got its first goal. PSNI playing the ball from their own 16 hit out straight down the left wing, the ball found an unmarked player just outside the circle who dropped a delightfully weighted ball past the on looking North Down defenders for an onrushing attacker to blast home. This awoke North Down who applied some pressure themselves winning several short corners. Eventually North down got themselves back on level terms when, after a goal mouth scramble, Adam Milligan popped up to finish from close range.

North Down felt they should have added to their tally a few minutes later when a midfield passing combination paid off and Milligan found himself with the ball at the top of the circle.  He spun and dragged the ball goal ward with venom and it rattled the backboard to his team mates’ delight. However he was adjudged to have been outside the circle by the umpire and curiously the midfield maestro didn’t appeal!! So, all square at the break.

A passionate half time team talk did little to rally the troops for as soon as the second half was underway North Down were immediately on the back foot. North Down couldn’t seem to get a handle on the game and their frustrations began to show.  With 40 minutes gone North Down were 1-2 down. A ball passed straight through the middle eluded the defence and a PSNI attacker nipped in to do the damage from close range. North Down again began their struggle to wrestle the game into their grasp and discovered a new found desire and more importantly the ability to pass the ball.  Good work from John Clarke in and around the 25 lead to a harmless ball trickling into the circle and with the defence hesitant, Bryn Walker nipped in and tapped it past the keeper to level the game again.  Walker’s subsequent celebration could have attributed to fatigue later in the game as he sprinted back to the half way line kissing his badge and thumping his chest.

It wasn’t long before North Down gained the lead with passing now the order of the day.  Clarke played the ball into the circle for Peter Bond to tip it past the onrushing keeper giving David Renfrew an easy tap in to put the home side ahead for the first time at 3-2.  PSNI then threw everything they had at their hosts who remained resolute until the final few minutes when the pressure finally told.  The PSNI striker broke in the circle and rounded keeper Sam Martin who hauled him down for the inevitable penalty flick.  This was converted to make the final score 3-3 in what was a hard fought game and a fair result.

Man of the Match: Bryn Walker.