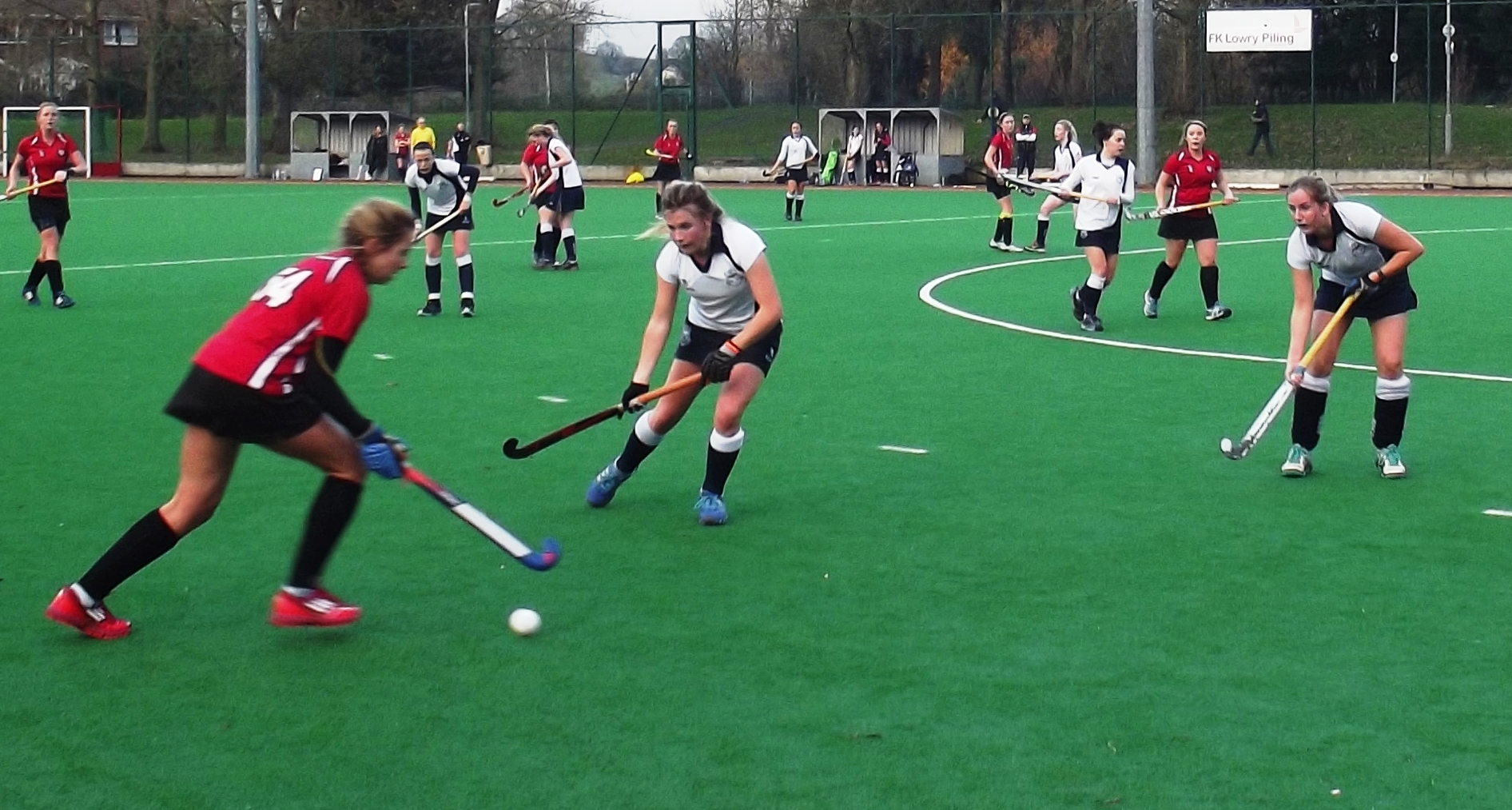 North Down Ladies progressed into the third round of the Irish Hockey Trophy after a thrilling match at Comber Leisure Centre last Saturday. The opponents  were Galway who made the five hour journey up north to Comber. North Down’s plan was to play the same attractive attacking hockey as resulted in a 6-0 win over Larne the week previous.

Galway won the toss and started the game, but North Down immediately won the ball back and put Galway on the back foot. A move down the right involving Rebecca Mercer and Barbara Moles resulted in the winning of the first penalty corner. Captain Bex Mitchell-Cram took the shot but it was too high and deemed dangerous.  North Down then set up their pressing style and all Galway could do was clear the ball over the sideline. A second penalty corner was won and this was dispatched expertly by Selina Lewis. North Down continued to pressurise the Galway defence and the second goal arrived halfway through the half. A simple three pass move with great running into space from one end of the pitch to the other ended with Captain Mitchell-Cram scoring into an empty net. The half ended with the score at 2-0.

After a positive team talk, North Down were keen to push on and extend their lead. They did just that with a great penalty corner variation as Bethan Brittain finished off the set piece to make it 3-0 to the home team. That should have been the game sewn up but, as in previous weeks, North Down switched off and let the opposition back into the game. Galway scored two quick goals and as they were pressing for a third, North Down broke at pace and Selina Lewis scored her second of the game to give North Down a two goal lead. With time running out, Galway scored again to set up a tense final few minutes.  North Down kept possession high up the pitch and ran down the clock, much to the delight of the home support. The game ended with celebrations and relief that the third round draw awaited with North Down in it.

The draw takes place in early December and hopefully another game at home awaits. Thanks to Keith Conway for standing in as umpire as again there were no official umpires!

Player of the Match: Rebecca Mercer