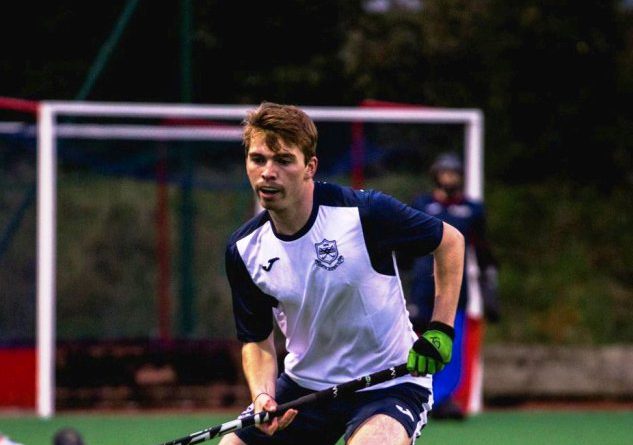 North Down travelled to Bangor last Saturday hoping to make amends for an earlier defeat in the season at Comber.

North Down had the better of the first half pressing Bangor at every opportunity and causing them to make uncharacteristic mistakes.  Toby Fynn was leading by example and was rewarded with the opening goal after 15 minutes when he slotted home a rebound after Josh Gilmore’s effort had been saved,  Fynn then blasted over after a fine run and North Down won 2 short corners but the first effort from Linter was saved and then Templeton shot wide.  From one of their few attacks on the circle Bangor won a corner and Chris Barnes showed the importance of a solid routine when he blasted home the equaliser to make it 1-1 at half time.

The second period saw a reversal of possession with Bangor dominating the play.  Barnes was unchallenged in the circle and shot home from six yards out giving Rodgers no chance. The North Down goal had a charmed life as Bangor squandered a couple of chances but then Barnes completed his hat trick when he expertly converted another short corner.  North Down tried hard to reduce the arrears but Gilmore was well marshalled when opportunities came his way and then another  short corner was well cleared by Bangor. With time running out Bangor won a penalty corner and though Rodgers made a fine save the rebound was smashed in from a narrow angle on the reverse.

A game of two halves, but Bangor demonstrated the importance of a slick corner routine at this level and deserved their victory, although slightly flattered by the margin of 4-1.