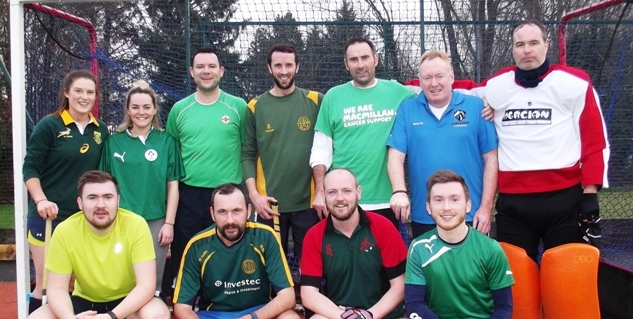 Whilst the ladies teams now have a Christmas break until a return to league action on 5 January there’s still lots going on in the men’s side of our Club.

On Boxing Day the annual charity fixture between the Hockey and Cricket Clubs resulted in another win for the Cricket Club in a closely contested 4-3 win.  £271 was added to our Marie Curie Cancer Charity fund and many thanks to those who organised the game and contributed to the post game ballot.

29 December is League Cup Final day at Stormont.  The fourths will play CIYMS seconds at 11.00 pm followed by the fifths taking on Portrush seconds at 1.00 pm in their respective finals.  Both games on Pitch Two, the further away one.  The other mens’ fixtures have been re-arranged so we hope that everyone can make it up to support both teams.  At least the fourths get to play their final this year!