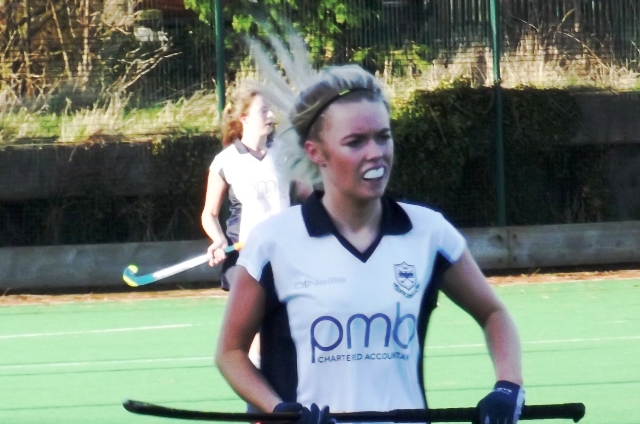 On Wednesday night the ladies first entertained Lurgan in their latest Premier league match.
North Down knew this was going to be a difficult game against a Lurgan side who always feature at the top of the table.
The match began at a high pace with great intensity being shown by both teams. Lurgan had the edge but North Down showed they could be dangerous on the break, particularly with Olivia Brown on the ball, demonstrating some good skills. As the half wore on North Down found it increasingly difficult to break out of the Lurgan press, lacking some of the composure they have shown at the back for the past few weeks. The North Down defence had to work hard to limit the scoring chances of Lurgan. Toward the end of the half North Down began to visibly tire and Lurgan created their first clear cut chances, which were cancelled out by some good keeping from Trish Neill.
The second half began to the same pattern as the first with Lurgan pressing and North Down working hard to keep them at bay. After ten minutes the umpires paused the game to consider the rapidly deteriorating condition of the pitch, but sensibly chose to play on. With twenty minutes remaining Lurgan scored their first goal and they proceeded to dominate the rest of the game against a tiring North Down side, adding a further three goals to leave the final score at 4-0 to Lurgan.