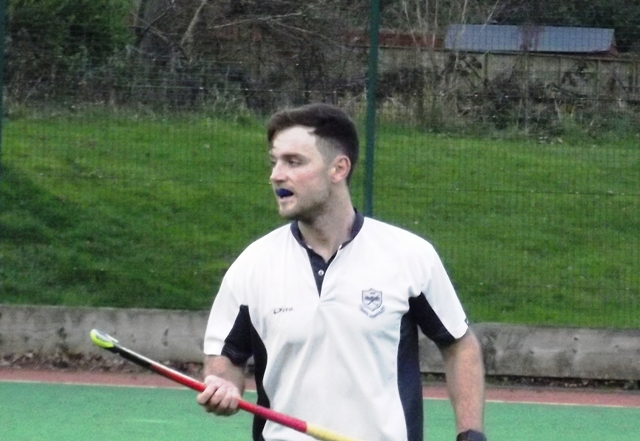 North Down travelled to Antrim on Saturday to play Antrim at the Antrim Forum.  Having survived an anxious first 10 minutes when Antrim offered a threat North Down ran out comfortable winners by 8-2 and had they taken all their chances the result would have been greater.

Antrim put early pressure on the North Down circle but failed to break down a resolute defence.  Jack Bond opened the scoring for the visitors when he received a pass from Jonny Moore and scored with a reverse shot.  Young Jonny Green playing only his second Premier game scored the second when he first timed a cross from the right into the net.  Coach McKeown scored the third when he weaved his way through the Antrim defence before firing a shot into the roof of the net.  Jack Bond got his second and his side’s fourth just before halftime.

The second half followed a similar pattern with North Down in total control but a number of chances were wasted with the wrong options being taken and too often the ball flew over the bar.  Antrim pulled a goal back before Jonny Moore finally got on the scoresheet when he rounded the keeper and slotted into an empty net.  To their credit Antrim kept trying and scored a second with a shot which flew into the net giving Jamie McAuley, making his debut in goal, no chance although he did well to get a stick to the ball as it flew over his head.  Jonny Moore scored number six when he slotted home a cross from McKeown and then Jonny Linter got his first senior goal of the season when he scored with a slap shot at a short corner.  Skipper Ross Linter completed the scoring with minutes remaining when he hammered home a shot from the top of the circle.

A much tougher test lies ahead this Saturday when North Down travel to play local rivals Civil Service.