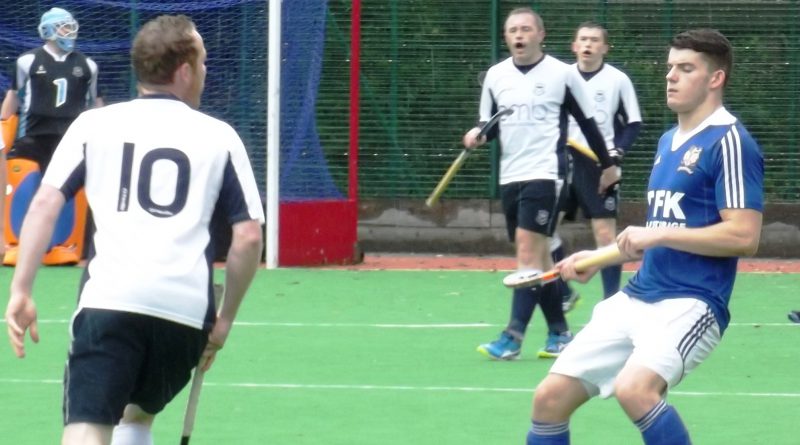 North Down travelled to Portadown on Tuesday to play a rearranged league fixture in the knowledge that a victory would almost certainly secure their Premier status for next season.

North Down got the perfect start when after 2 minutes a poor clearance fell to McKeown.  His shot was saved but the ball broke to Wilson who scored from close range.  The game was played at a fast pace as both sides probed for an opening.  Portadown won a couple of corners but these were cleared.  From the third Coates made a fine save deflecting the ball onto the post but a Portadown forward was first to the rebound and hammered home the equaliser.  Defences were on top and few clear chances were created by either side.

The second half followed a similar pattern with both sides moving the ball around quickly but neither able to create a clear cut chance.  Both sides won corners but it was the North Down routine that looked strongest on the evening with Coates only being required to make a fine stick save from an early corner.  After 10 minutes Gilmore’s delivery was accurate and Shepherd hammered home.  North Down were in control at this stage and Portadown faded.  It was no surprise when Shepherd added his second again from a corner with Knipe in the Portadown goal having no chance.

North Down played out time and were comfortable 3-1 winners

On Saturday they travel to Limerick for their semi final Irish Trophy tie against Limerick.