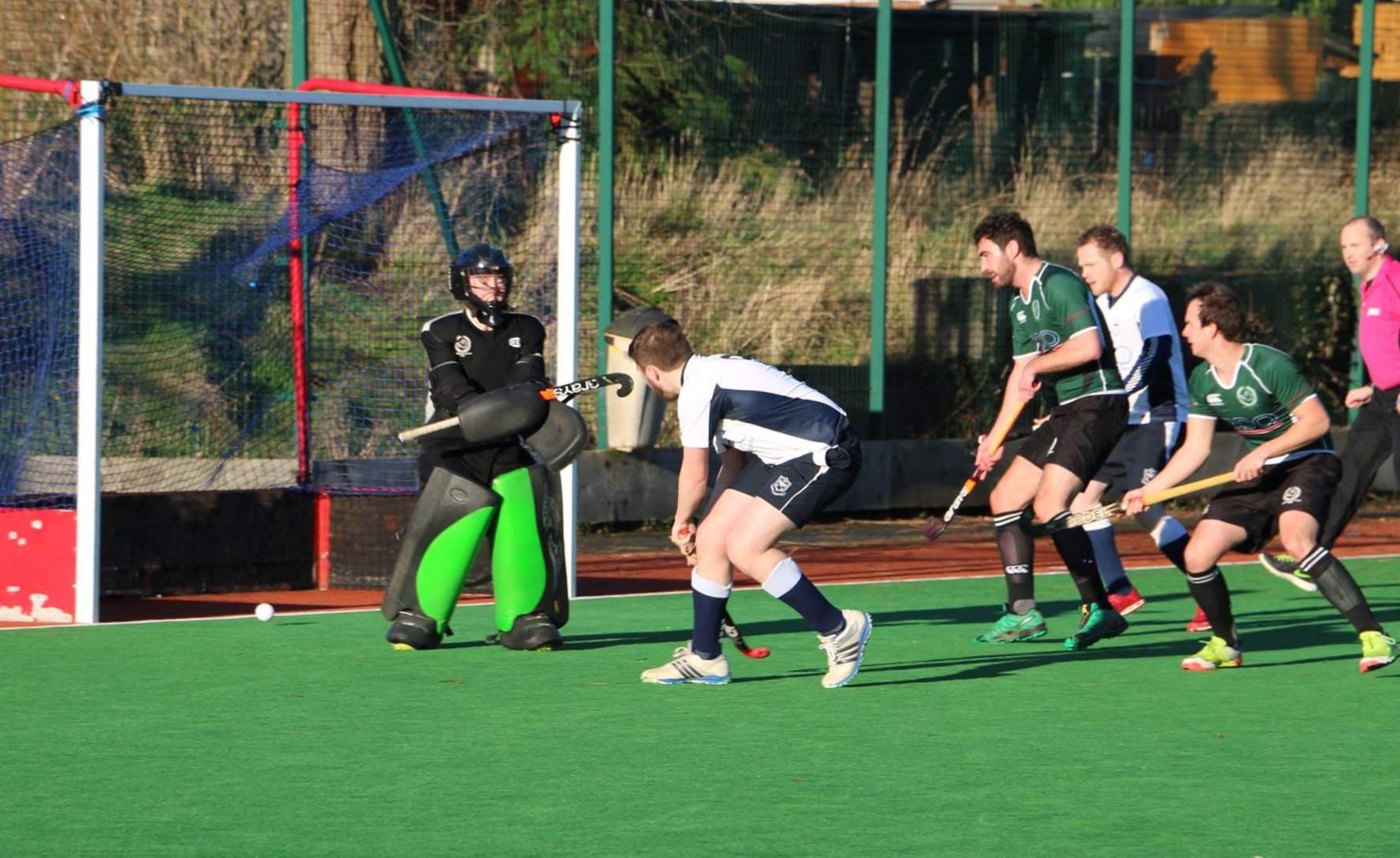 North Down entertained fellow strugglers Campbellians at Comber on Saturday in the Premier League.  Having drawn 3-3 earlier in the season North Down knew this would be a difficult game but with a full squad available were looking forward to a solid performance.

With both teams having played only one fixture since before Xmas the level of performance was not of a high standard with both teams having difficulty in stringing a number of passes together and continually giving the ball away.  The result was that play was confined to midfield and neither keeper was called into action.  North Down lost possession in the Campbellians’ 25 and an accurate overhead pass caught the defence out of position and Clarke raced clear to score.  North Down upped the pace and Josh Gilmore equalised with a strong reverse shot from an acute angle minutes later.

Play continued to be scrappy in the second period.  It was the visitors who again took the lead after 16 minutes when the ball was hammered into the net after Andy Coates had made an excellent block but his fellow defenders failed to clear the danger.  North Down began to exert some pressure on the Campbellians’ defence and Gareth McKeown was unlucky not to score when his shot was superbly saved by Darren Rodgers .McKeown dribbled into the circle but, as he was about to pass to the unmarked Gilmore, he slipped and the chance was gone.  With 10 minutes remaining the ball was smashed into the circle and Jack Bond got the vital touch to deflect the ball past Rodgers for his second senior goal.

North Down now sensed that Campbellians were tiring and piled on the pressure as they searched for the winner.  They moved the ball around sensibly and Ross Linter was causing problems with his probing runs on the right flank.  It was from one of the runs that North Down got the winner.  The ball was played into the circle and Phil Wilson although off balance smashed the ball past Rodgers for the winner. This result now puts North Down 8 points clear of Campbellians and 10 clear of Raphoe.

They travel to Raphoe this Saturday and will be hoping for a similar result but a much improved team performance.