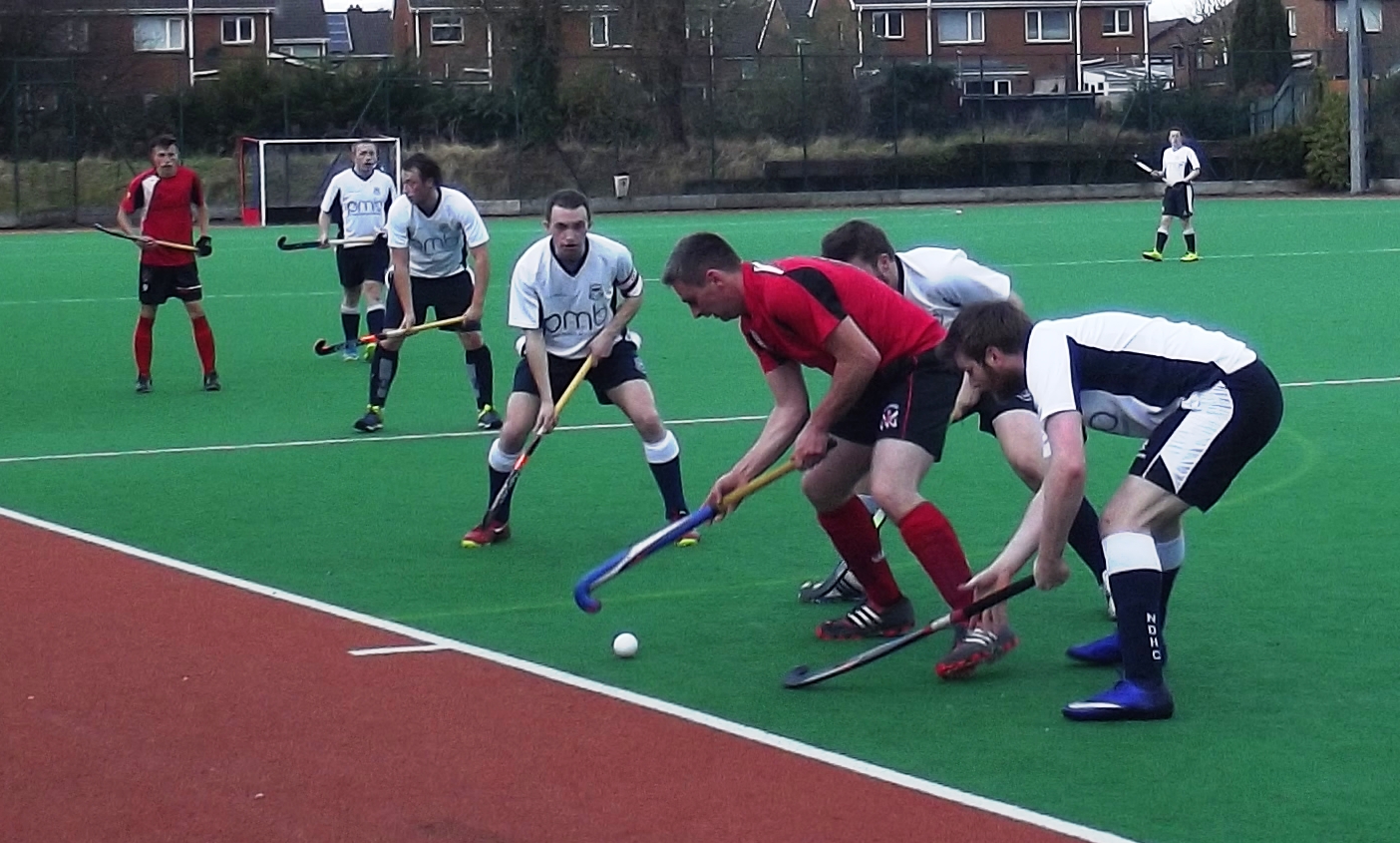 North Down entertained Raphoe at Comber Leisure Centre last Saturday and got back to winning ways when they defeated the visitors from Donegal 1-0 with a late late goal.  The result leaves North Down on 10 Premiership points whilst Raphoe are rooted at the bottom of the table still pointless.

The first half was a rather dull affair with neither side able to create any clear cut chances. The only threat to goal came from short corners but on the day neither side had a routine that was working. Raphoe came closest to breaking the deadlock but Andrew Coates in goals made a fine save.

The second period saw North Down take control but they struggled to convert the many chances that came their way.  From a short corner the ball was switched to Chris Speers and his effort was stopped illegally on the line.  From the resulting penalty stroke Gareth McKeown’s effort was well saved by the visitors’ keeper.  On another two occasions it seemed easier for the home team to score than miss but firstly Jamie Orr failed to convert at the back post and then David Shepherd repeated the action with only the keeper to beat.  Eventually the goal their play deserved came with just under 5 minutes remaining.  Mark Linter won the ball in midfield and drove the ball into the circle where Phil Wilson managed to get a touch and deflect the ball past a bemused keeper.

North Down had to survive one final attack. With the final whistle blown Raphoe had a short corner and when Wilson broke the line the defence was reduced to four players.  Had Raphoe moved the ball around they would surely have created a goal scoring chance but instead they went for route one and to everyone’s delight the ball went past the post leaving North Down victorious.

North Down must work on their short corner routine as they cannot afford to see these chances not properly executed.